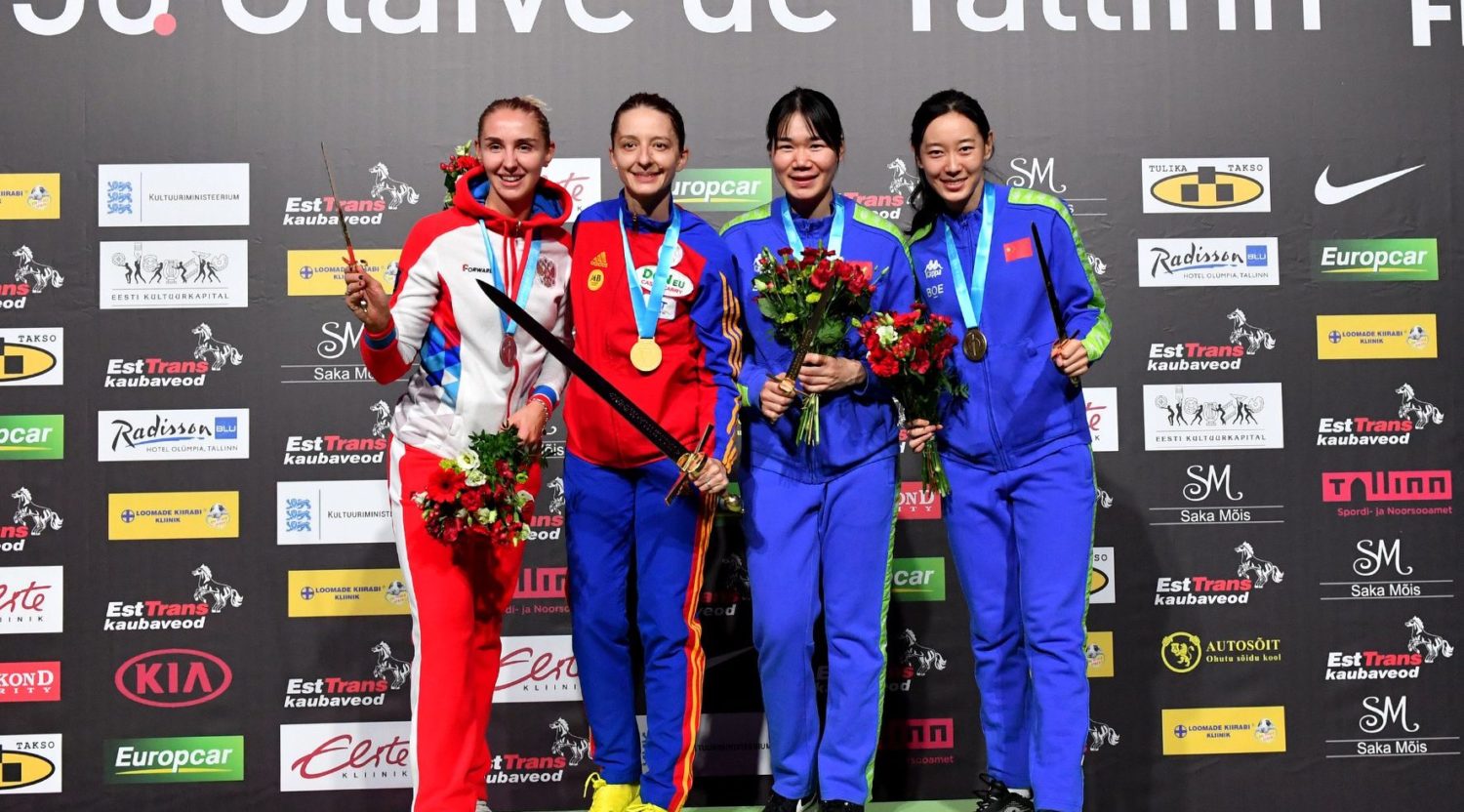 Romania’s Anna Marie Popescu has won her tenth World Cup gold at the 50th edition of the Glaive De Tallin in the Estonian capital, while Poland have beaten Russia to win team gold.

279 female epee fencers from around the world have competed at the 50th edition of the ‘Glaive de Tallin’ over the weekend of November 1-3 at the Kalev Sports Hall in Tallin, Estonia.

Romanian veteran Anna Marie Popescu, a silver medalist at the Beijing Olympics in 2008, and still the world number three-ranked female epeeist, proved that she has still has the ambition to win, defeating Russia’s Violetta Kolobova 15-13 in their final.

The victory was her first World Cup Gold since Nanjing, China in 2015, although she has also won two Grand Prix in the interim, (Budapest 2019 and Doha 2017) not to mention the 2016 Olympic team gold she won in Rio.

Check out this video about the Romanian champion from the FIE’s Fencing Channel:

After looking comfortable through the table of 16 and then her quarterfinal match in Tallin, Popescu’s semifinal against China’s Yiwen Sun was a much closer affair, though she eventually prevailed 15-14 to meet Kolobova in the final.

The Russian had to beat Hong Kong’s world number one Man Wai Vivian Kong in their quarterfinal (15-10) before easily accounting for another Chinese opposition, Mingye Zhu, in their semi, 15-8, to set up the gold medal match with Popescu.

In the team event, Poland were well deserving of their win, overcoming first Italy in their quarterfinal, 41-31, then China in the semi, 39-28, before a dramatic single-touch win over Russia, 45-44.

Tied at 29-29 after six bouts before Renata Knapik-Miazga and then Aleksandra Zamachowska took Poland out to a 40-36 lead after eight, Russia’s silver medalist Violetta Kolobova did her best to bring it back to 44-44, but it was Poland’s Ewa Trzebinska who secured the final touch for Gold.

Check out the full replay of the team final here:

Defeated by Russia in the semifinal, team USA (lead by Kat Holmes and the Hurley sisters, Courtney and Kelley) defeated China 45-35 in the third place playoff to claim Bronze.