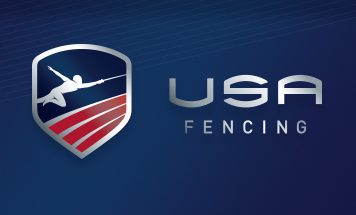 The world’s biggest fencing tournament has begun in Columbus, Ohio with more than 5,400 competitors expected to compete from 48 states and 20 different nationalities at the USA Fencing National Championships to be held between June 28 and July 7.

Already the largest fencing tournament of its kind in the world, the 2019 National Championships, also incorporating the July Challenge, has drawn a record number of entrants to the Greater Columbus Convention Center for ten days of competition across a wide range of age group and divisional events.

Ranging from Youth 10 to Veteran 80 and older across all three men’s and women’s disciplines, competition will run from 8am to 8pm daily, with gold medals on offer in each category.

“We always say there is no off-season in Columbus,” said Linda Shetina Logan, Executive Director of the Greater Columbus Sports Commission. “We’re looking forward to showing USA Fencing everything Columbus has to offer as one of the fastest growing cities in the Midwest.”

It’s the third time the annual summer event has taken place in the region, having been there in 2013 and 2014, and will include some of the brightest prospects in US Fencing, notably 2019 Junior and Cadet World Champion Lauren Scruggs.

“We are very excited to collaborate again with the Greater Columbus Sports Commission on the 2019 National Championship and July Challenge,” said Christine Strong-Simmons, USA Fencing senior director of operations. “Columbus has been a valued partner for USA Fencing and we are looking forward to an exceptional event.”

Other notable athletes fencing in Division I will be 2016 Olympian Jason Pryor, who won an NCAA team title with the Ohio State Buckeyes in 2009, and Oliver Shindler, who won with the individual NCAA epee title earlier this year for the same school. The Division I finals schedule is as follows:

Tickets for the event are available online or at the door. $5 per day or $20 for an all-tournament pass.