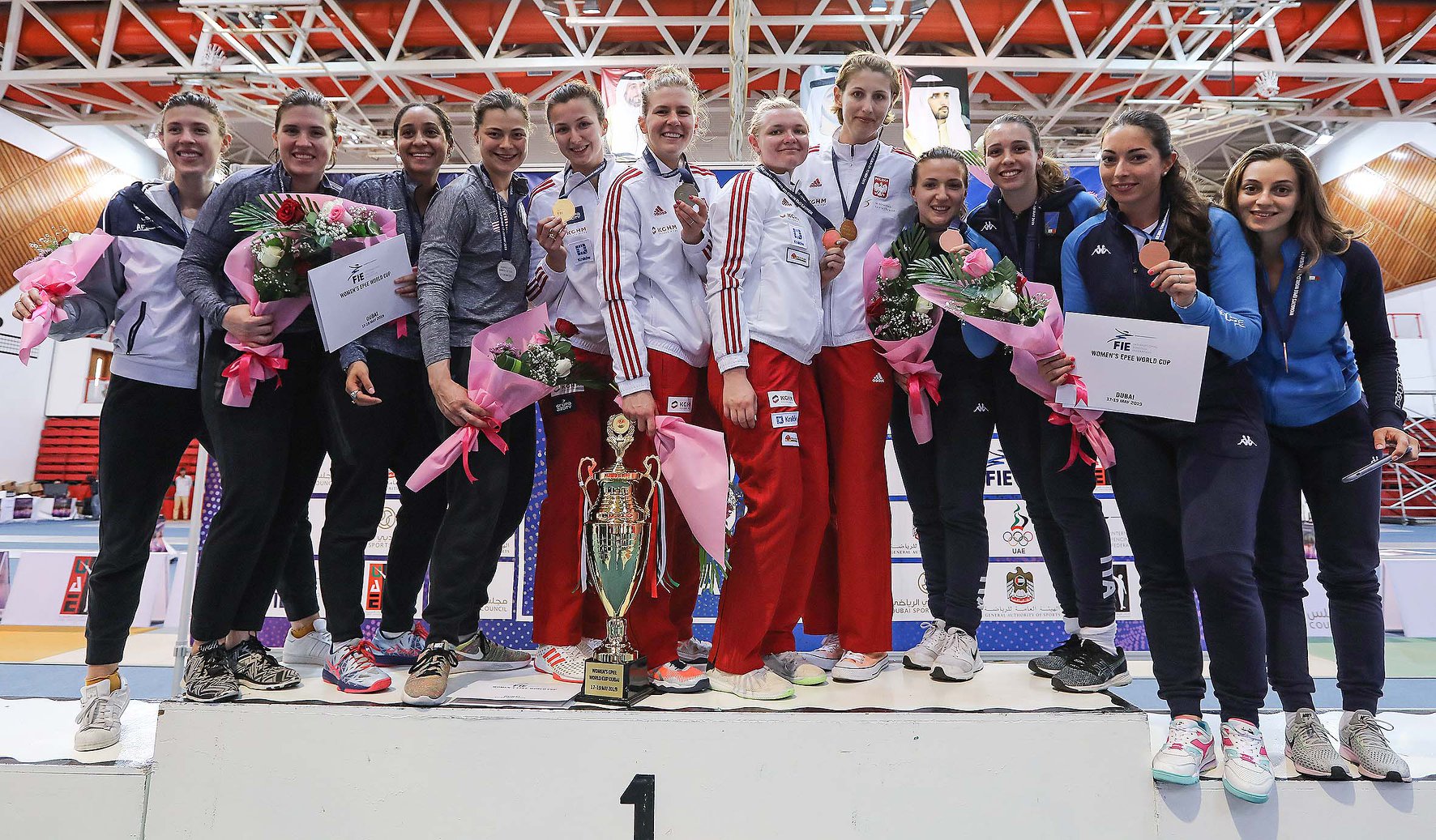 Korea’s Injeong Choi has beaten the world number one and two ranked women’s epeeists on her way to gold at the women’s World Cup event in Dubai last weekend. In the team event, Poland were too good for the USA.

Choi’s victory is her first international win since April 2013, and an improvement by two steps on the podium after she took bronze at the same event last year. Coming up against Romanian veteran and world number two Ana Maria Popescu in the table of 8, she proved too good, winning 15-11, before outclassing current world number one Man Wai Vivian Kong 15-6.

In the final, she defeated USA’s world number 7 Courtney Hurley 15-12, for whom it was an equal career best result — outside of the bronze she won at last year’s world Championships in China. To reach the final, Hurley defeated Russia’s Violetta Kolobova 15-14 in a tight affair, and before that Auriane Mallo from France, 15-10.

By far the best photo of the weekend 😂 Pretty sure I charged and screamed like the Dothraki in episode 3 😂 Wow, what a weekend!! Silver medal🥈 for individual AND team! How did I get so lucky? I've also never been so tired in my life 😅 8 hours of fencing both days! Excuse me while I hibernate for a couple days 😴😴

In the team competition, Poland were too strong for a gallant USA team, who retained their world number one ranking despite losing in the final 28-41. To get there they beat China 45-35, while Poland were also too strong for Italy, winning 36-30 in their semifinal. In the third-place playoff, Italy out-touched China 30-29.