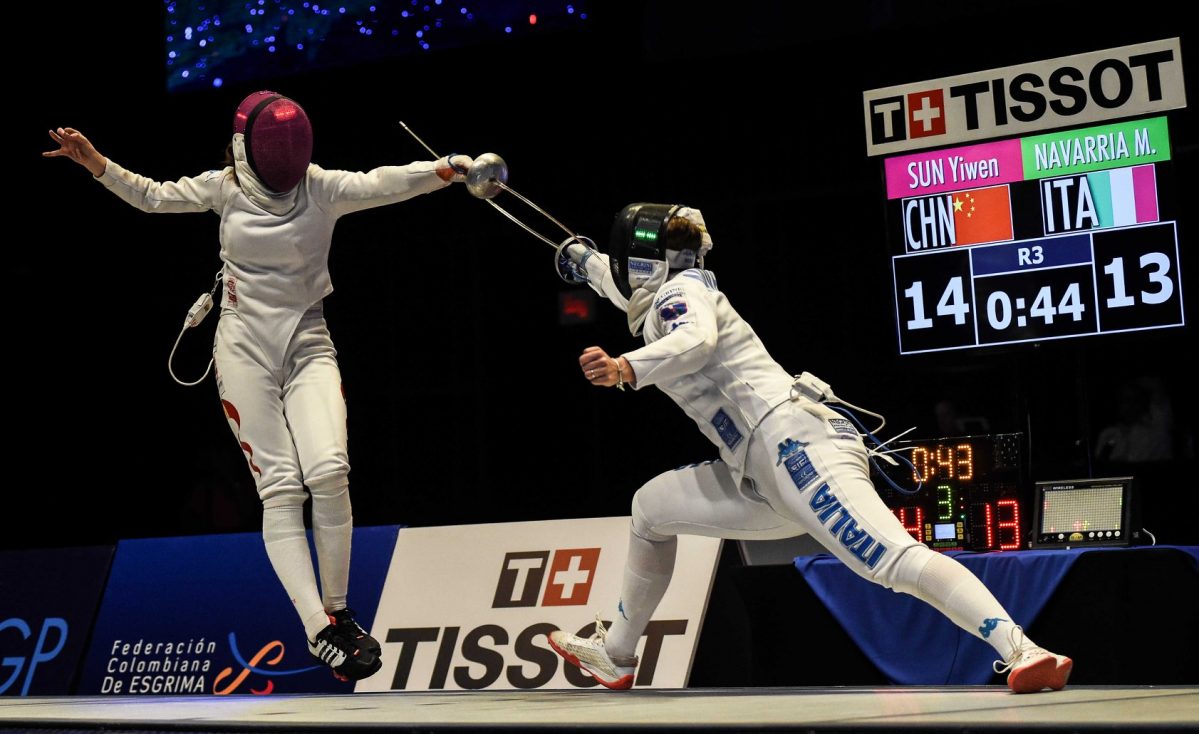 China’s Yiwen Sun has continued her record of not having lost an international gold medal bout by winning the Cali Epee Grand Prix in Colombia last weekend. Joining her on the top step of the dais was Japan’s Kazuyasu Minobe, who won the men’s competition.

China’s Yiwen Sun has won her fifth international gold and her first Grand Prix in Colombia over the weekend by defeating the top three ranked women’s epee fencers. The victory maintains her record of never having lost a major final that she’s competed in. In five attempts at gold the new world number four has been successful every time, and has never won a silver medal.

Coming up against current world champion, Mara Navarria from Italy in the final, Sun fenced the bout of her life for the second time in a row to win 15-13 and spark wild celebrations. In the semifinal she had already upset reigning world number one Ana Maria Popescu from Romania, 14-13, and prior to that world number three Man Wai Vivian Kong fro Hong Kong, 15-8. Navarria had defeated Estonia’s Katrina Lehis to reach the gold medal bout 15-10 and before that Tunisian Sarra Besbes, the eight-time African champion, 15-13.

In the men’s, Japan’s Minobe defeated Poland’s Radoslaw Zawrotniak 15-12 to win his second Grand Prix of the season, having also won in Budapest in March. The win moves him up to number three in the world, while the silver is the Pole’s best result since a bronze medal at the Rio Grand Prix in Brazil in May, 2015

To reach the gold medal bout, Minobe defeated Tristan Tullen of the Netherlands, 15-10, and before that top ten fencer Gabriele Cimini from Italy, 15-13, in the quarterfinal. World number Yannick Borel was a surprise early exit from the event, losing in the table of 64 to unheralded Luxembourg fencer Giannotte Flavio, easily the biggest win of the 24-year-old’s career. It meant the reigning world champion was unable to defend the title he won last year.

Watch the finals of the Cali Grand Prix in this video from the FIE: