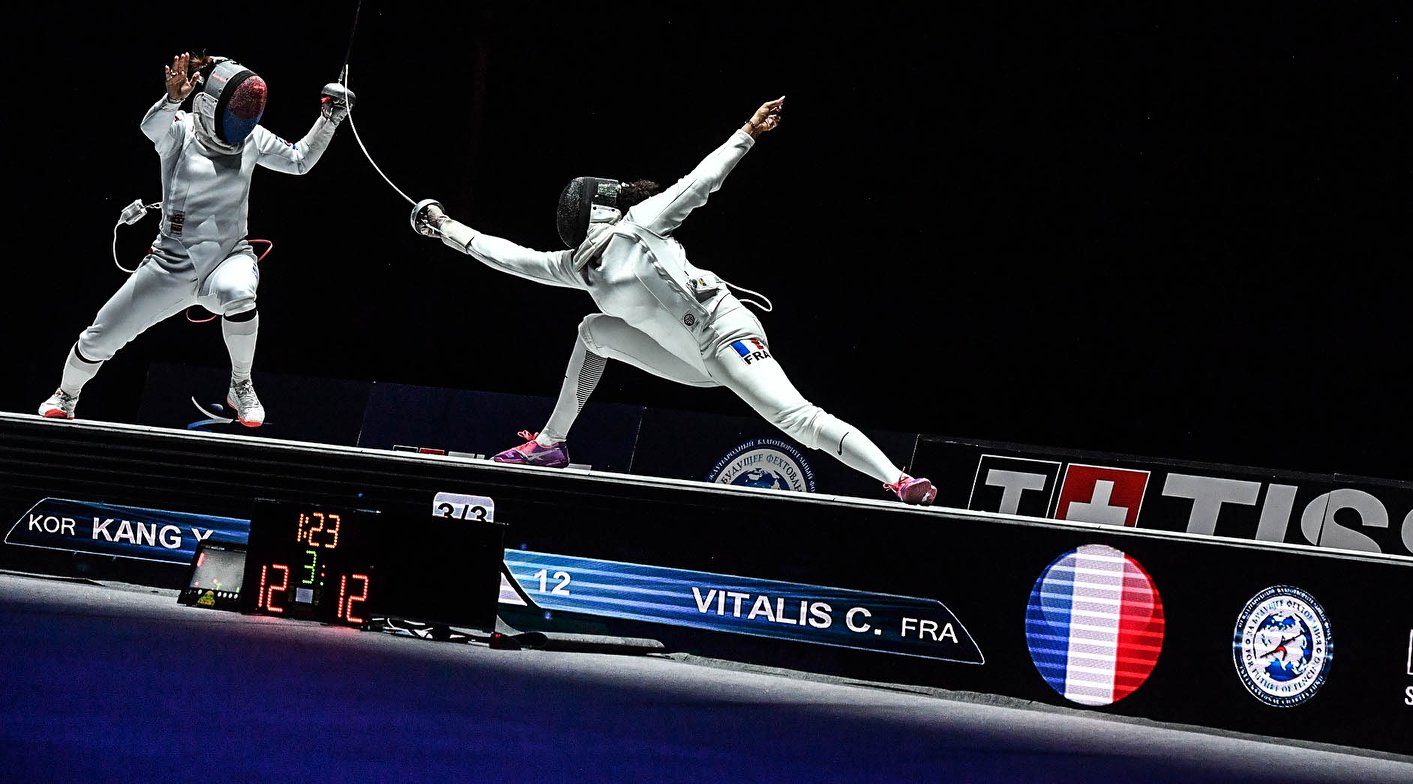 Experienced Japanese epeeist Kazuyasu Minobe has won his first FIE Grand Prix gold by beating Italy’s Andrea Santarelli, 15-12, in the men’s final in Budapest on Sunday, March 10. To make it to his second international final this season — Minobe also won gold at the World Cup event in Berne, Switzerland in November last year — the world number 8 defeated hometown favourite Tibor Andrasfi, 15-9 in their semi-final, before beating out the Italian in a tense affair.

Santarelli, a regular inside the top 20 but not the top 10, had never made an international final previously, making this his career-best result to date, one better than the bronze he won at the same event two years ago. Having beaten Switzerland’s former world number two and four-time Grand Prix winner Max Heinzer, 15-10, in the their semi-final, Minobe was too tough an opponent for the less experienced Italian.

For 19-year-old Andrasfi, the bronze was his first senior international medal, and follows up the form he showed at the junior World Cup event in Switzerland last month, where he won silver from a strong field.

In the women’s event, 2008 Olympic silver medallist and world number three, Ana Marie Popescu, was too good for Korea’s Yong Mi Kang in the final. Despite being ranked one spot below the 2017 Asian champion, Popescu comfortably out-touched her opponent to win 15-7.

In the semi-finals, Popescu was pushed by Kang’s teammate Injeong Choi, winning 13-11 in a close encounter, while Kang’s bout with France’s Coraline Vitalis was equally close, the 34-year-old Korean winning 15-13 to advance to her first career Grand Prix final. Her previous best international result were two bronze medals in Barcelona (Feb, 2018) and Havana (Jan, 2019). Just outside of the medals was USA’s Kelley Hurley, who pushed Popescu to a 14-13 result in their table of 8 bout. World number one, Man Wai Vivian Kong, from Hong Kong, was a surprise exit, upset by 16-year-old local Eszter Muhari from Hungary 14-15 in the table of 32.