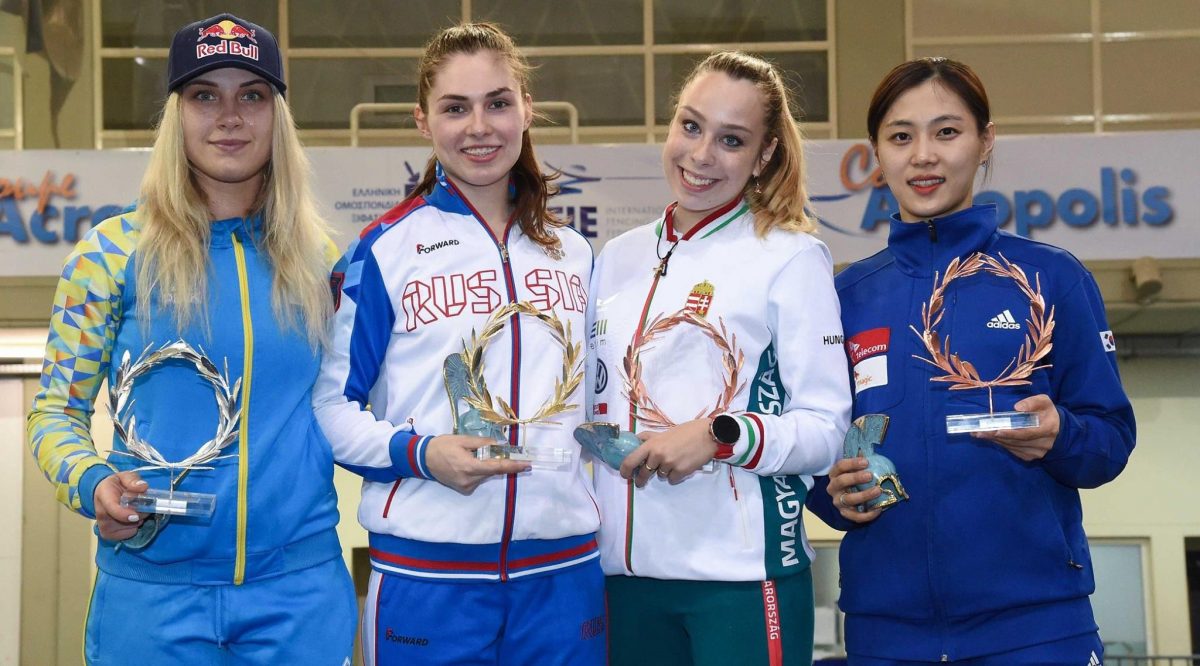 Russian world number 4, Sofia Pozdniakova has beaten a strong field at the Women’s Saber World Cup in Athens, Greece, to take gold, while France have won the teams event.

Reigning world champion, Sofia Pozdniakova, the 21-year-old from Russia, has won her first career world cup gold in Athens, Greece. Overcoming a very strong field, she met three-time world champion Olga Kharlan from Ukraine in the final, and proved too good by out touching her rival 15-10.

Kharlan had overcome 17-year-old Hungarian prodigy Liza Pusztai in their semifinal, 15-5, who was following up her win in the junior European championships in Italy last month; the bronze is her second world cup medal, having won silver at this event last year. Pozdniakova defeated Kim Jiyeon from Korea, 15-11 in their semifinal, with Kim having defeated world number two Frenchwoman Cecilia Berder in their table of 8 bout, 15-12.

In the team event, France overcame a strong Russia, 45-32, to take gold, having earlier out-touched USA in the semi 45-34. Russia had defeated Italy in their own, 45-39, before the the Italians held their nerve against USA to claim bronze 45-42.