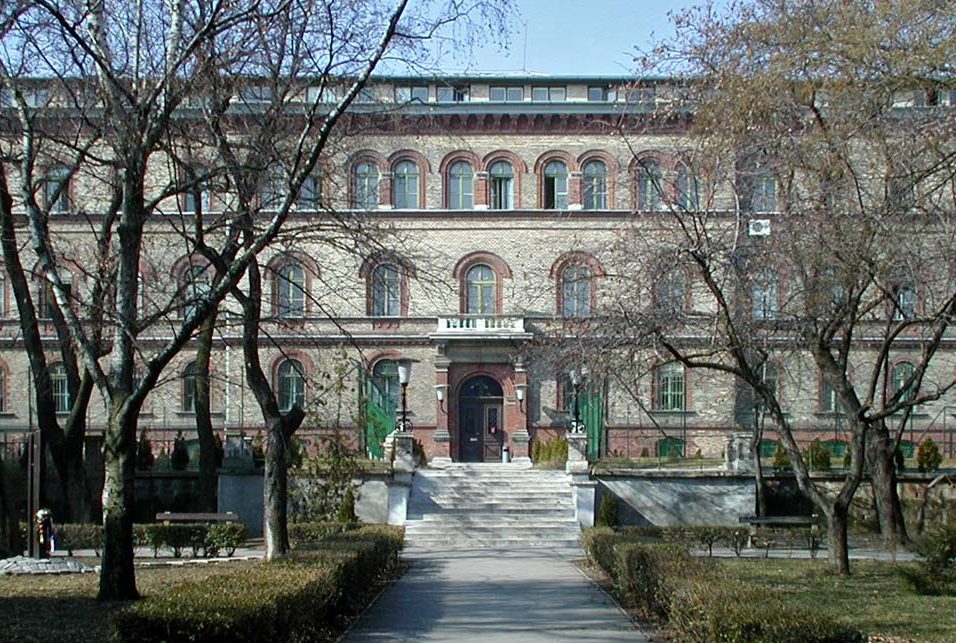 In January 2016, the FIE kicked off a new fencing program aimed at grassroots coaching development and top tier athlete pipeline development: the FIE Coaching Academy. The Academy is held in Budapest, Hungary. The intensive 3 month program graduates 2 cohorts per year.

I’m currently attending the FIE Coaching Academy and this is the first in a series of articles about my time here.

I first became aware that the FIE Coaching Academy existed from an email sent around to US coaches and then again from a friend participating in a similar program at the University of Physical Education in Hungary. There wasn’t much more information available on the program to be found anywhere except for the basic stuff passed around in the email, the intro video on YouTube and what was available on Google.

Despite the lack of information, it seemed like a great opportunity and worth making the effort to at least apply and see what happens. The program itself seemed extremely strong based on the available information, I’d talked with others who recommended it strongly, and it is a full scholarship program – tuition, room and board are covered by the FIE.

The application process was fairly straightforward.  US Fencing had to select me as the US candidate, and then the FIE would accept or reject me as they saw fit. So, I sent in my application and a letter of recommendation to US Fencing and waited.

In December 2016, US Fencing selected me as a candidate for the FIE Coaching Academy. I didn’t receive any additional information until a letter of acceptance came on March 22nd, 12 days before I would have to leave for Budapest. Included in that letter were two pieces of information:

1. That we would be staying and training at the Corner Hotel Angyalföld and

2. There would be someone with a sign that reads ‘FIE FENCING’ at the airport when I arrived.

So with that extremely limited information, in addition to the YouTube video above and what basic information Google could turn up, I flew to Hungary to participate in the FIE Coaching Academy.

After I arrived, I collected my bags and the first thing I saw after leaving security was the foil instructor, Zoltan Bernat, with the ‘FIE FENCING’ sign. He helped me and another coach load our bags into his car and drove us to the sport hotel. When we checked in, we were given a small pamphlet detailing some scheduling for the course. Dinner would be served at 19.00. Breakfast at 08.00. Meals are provided by the hotel restaurant, beverages not included. After eating dinner and meeting my roommate, I settled in to prepare for the first day of the 3 month long course.

We began the first day at 09.00 with warmup games. In fact, we only played warmup games for the first morning session. This first session ended early, and most of us took the opportunity to walk to the store to stock up on toiletries and whatnot. Some people walked to the PBT fencing shop about 10 minutes away to acquire pieces of the coaching kit that they were missing. Lunch was served at 13.00 and we began the afternoon session at 15.00.

Zoltan began the afternoon session by having the foil group pair up to give lessons to each other with no additional instructions. He just watched, until he told us to switch roles. After watching the second group give lessons for 10-15 minutes, we took a short break and Zoltan made a small presentation. His initial critique was that the lessons all appeared to lack a system. The actions were drawn from a hat, and executed without a logical progression of what might come next. One of his students arrived during this talk, and Zoltan gave her a long lesson that he told us ‘demonstrated his system of fencing completely.’ After this, we were told to rest, because we would start really training tomorrow.

The rest of the week was considerably harder physically, and set the routine for the rest of our stay:

The games have all been variations of warmup games I’ve seen in clubs all over the country in the US. I’ll probably detail as many of the games as I can in a single post later. The warmup exercises including running, jumping, agility ladder exercises, balance beam exercises, rope jumping exercises and more. It was a lot more ‘warming up’ than I do pretty much ever at this point in my fencing career.

What Bella, the epee coach, calls footwork preparatory exercises. We covered variations on effective methods of teaching the 1st, en guard, and lunge positions to beginners. Then, how to move between these positions. As the course develops, we’ve worked on coordination and balance in these positions, and then also as we’ve moved between these positions. It is a lot of bouncing, and small steps to stay in en guard. The instructors place a huge emphasis on maintaining the line between the front and back heels. This content has been exhausting, but is incredibly valuable for material for improving students footwork despite not doing a ton of strictly traditional footwork.

In the morning sessions, Zoltan explains what actions will be added to the lesson each day. The first morning session, we began with extension, advance, and lunge. It was made clear that for the first month, we would teach the lessons as if we were teaching tiny children. Everything slowly, deliberately, with a focus on using the hand before the feet on attack and the feet before the hand on defense. As the week progressed, the new actions would be appended to the end of the previous lesson. So each day, we would work on each action covered so far, up to the new actions.

In the afternoon sessions, Zoltan would frequently give us very young students from his own fencing club run out of the sport hotel. We would teach the same actions to the children that we worked on in the morning. Zoltan would sometimes remind us to slow down, or to give a cue a certain way, but for the most part – he would let us give the lessons uninterrupted and would give a detailed critique after. The afternoon session would continue this way until we were released. Some days we would have more younger students, and some days we would get 1 or 2 of the older students.

On Saturday and Sunday, we took a well deserved rest. Lots of people took advantage of the nearby metro stop to travel into the city center and take in the sights. I spent most of Saturday at the baths, and spent Sunday using the laundry facilities here at the hotel. After a relaxing weekend, I’m ready to start another of week training.