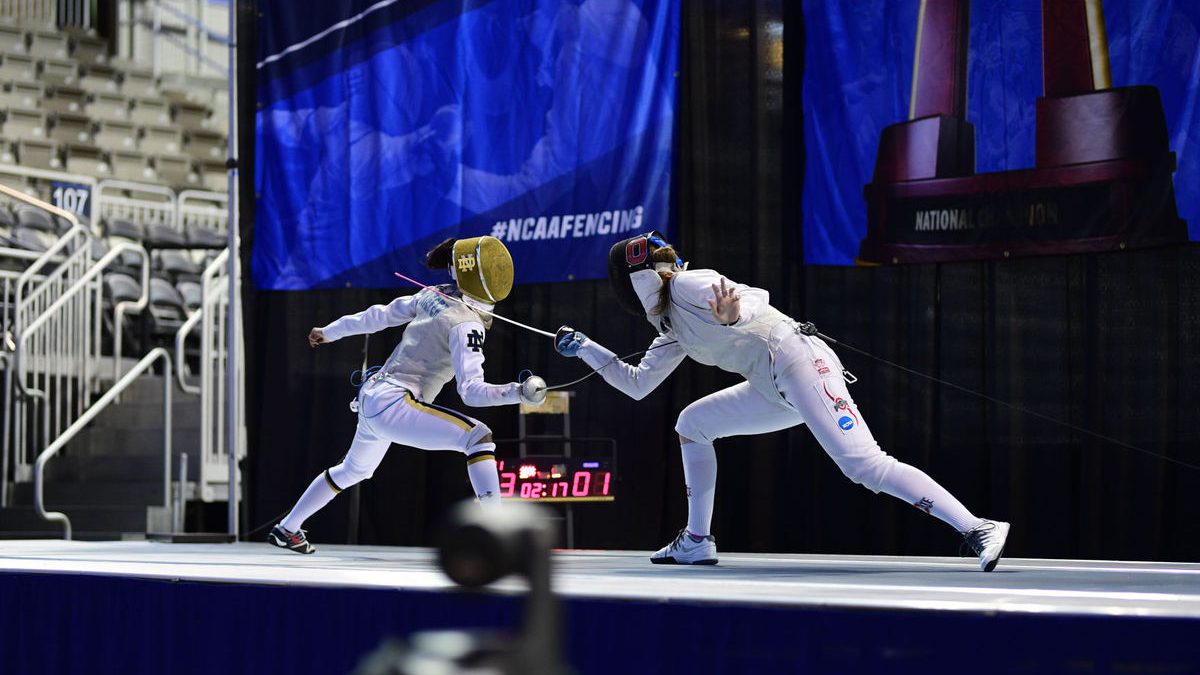 Notre Dame finishes up the 2017 NCAA Fencing Championships in 1st place with a 25 victory lead over 2nd place Ohio State, the widest margin of victory since the 2004 event. The strong showing was anchored by Lee Kiefer and Franchesca Russo who took home individual championship titles in Women’s Foil and Women’s Saber, and a Bronze from Amanda Sirico in Women’s Epee. The Notre Dame women’s team did the heaviest lifting overall by putting up 100 out of 186 total wins. This win is the first championship title for Notre Dame since 2011, and the first title for Gia Kvaratskhelia, who became Notre Dame’s head coach in 2014.

Columbia and Princeton round out the top four team results with 152 and 145 wins, respectively.

In Men’s Saber, Eli Dershwitz took the top spot with only two losses in the event – the highest win percentage in all weekend. Andras Nemeth took home the Men’s Foil title after a surprising upset over Olympic Silver Medalist Alexander Massialas in the round of 4. Cooper Schumacher took home Gold in Men’s Epee fairly handily despite not being a popular pick in the NCAA Fantasy Fencing draft. And Anna Van Brummen defeated her Princeton teammate and Olympian Katharine Holmes in the finals for the Women’s Epee title.

Lee Kiefer had a particularly notable event, as she joined Michael Lofton of NYU and Olga Kalinovskaya of Penn State in becoming the third athlete to ever win 4 NCAA individual championship titles.