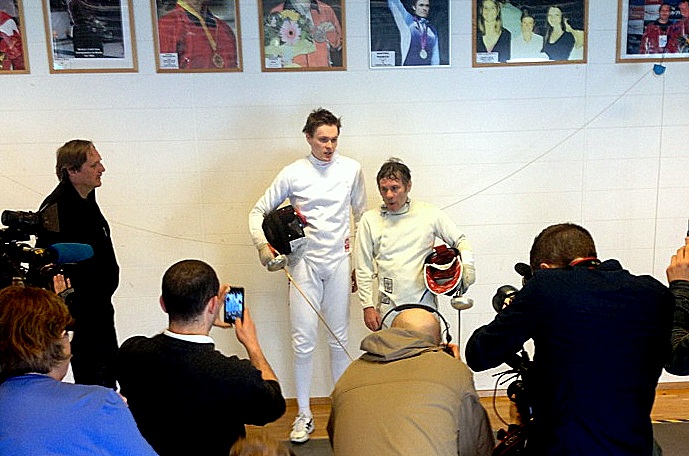 Bruce Dickinson gave up some reach against Piasecki. Photo: MaidenRevelations.com

Bruce Dickinson showed up at before Norwegian national fencing championships and set up a fencing session against Olympic silver medalist Bartosz Piasecki. Needless to say, the much shorter and older Dickinson was quickly outclassed by Piasecki, but left a good impression.

Piasecki said of Dickinson, “He’s kick-ass. He is short but incredibly fast. That’s his weapon. He looked like Rocky when he arrived in a brown robe with the fencing kit in a shoulder bag.” After Dickinson’s quick start, Piasecki took five points on Dickinson and the vocalist failed to score a point in the final round.

Bruce Dickinson stopped competing when he was 23 and was ranked 7th in Great Britain at that time. He’s 54 now and still willing to give it a go against an Olympic medalist.

Here’s an earlier version of Bruce fencing on MTV in the 90s: