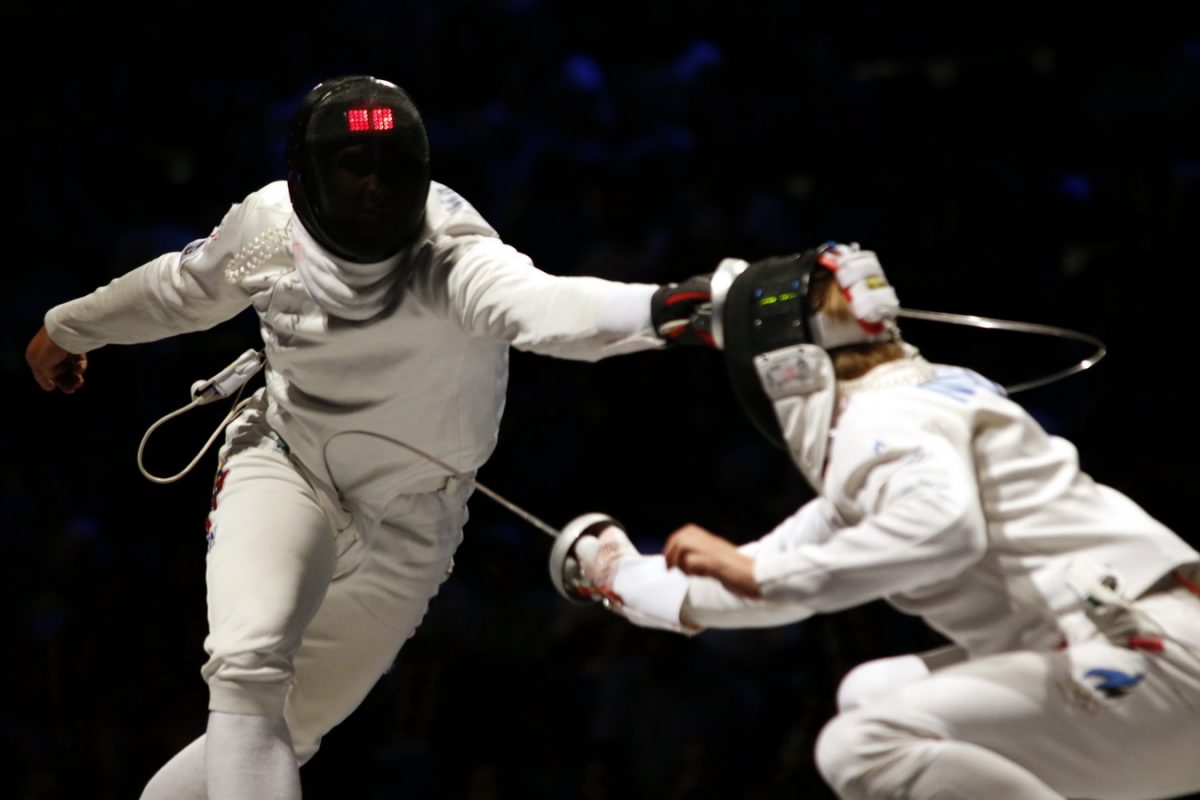 Ruben Limardo, 2012 Gold Medalist and Venezuela’s first Olympic fencing champion, made it to the finals beating both Gabor Boczko (HUN) in the quarterfinals and Swiss Fabian Kauter easily. There he met Nikolay Novosjolov, currently ranked 5th in the world. From the beginning, Novosjolov took the lead and Limardo never got really into the match. Novosjolov finished the match 15:7 to win his second world championship gold medal after 2010 in Paris.

Video Highlights of the match (from Universal Sports)