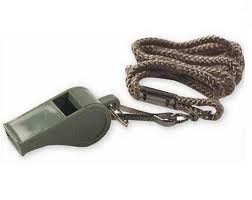 Hungary trying to whistle Italy for a foul?

According to an article from a Hungarian web site, the Hungarian team thinks that Italy took a dive to France in the team event to allow France a better chance at Olympic qualification, possibly in exchange for other bouts in the future.

In the article, Tamás Kovács is quoted saying “Anyone who saw the match between Italy and France, it was clear that the Italians did not want to win.”  The Hungarians also point out that in the individual event the Italians all finished much stronger than the French, so the disparity in performances between individual and team didn’t add up.

This is not the first time a team has been accused of “trading bouts”.  Richard Cohen shares many details of deals in the past in his book By The Sword and Sergei Golubitsky talks extensively about the practice in his autobiography, “Fencing is My Life“.

Hungary is the “last out” sitting now 2 points behind France.  France looks to get in through the vacated African zonal qualification spot.