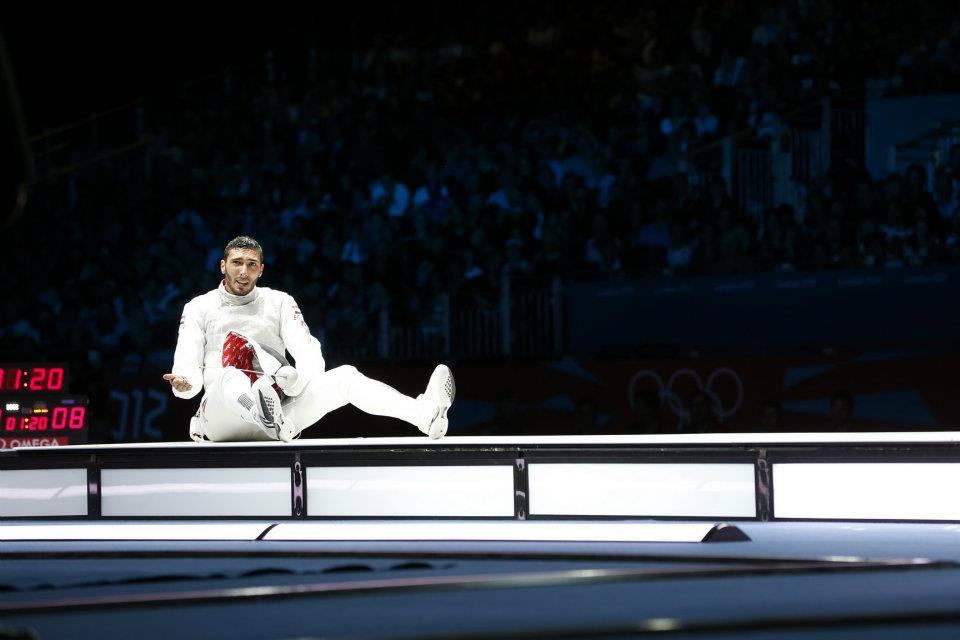 Alaaeldin Abouelkassem says that the Egyptian Fencing Federation is not supporting its athletes.

Alaaeldin Abouelkassem says that the Egyptian Fencing Federation is not supporting its athletes. Photo: S.Timacheff/FencingPhotos.com

Abouelkassem won the silver medal in Men’s Foil at the 2012 Olympic Games.  He has a chronic injury in his left shoulder, an injury he’s had for 2 years and which is becoming more serious as he continues to train for the World Cup season starting in January.

“This is beyond negligence. I was approved to receive my treatment abroad, but nobody from the EFA or the EOC followed up with me,” the 21-year-old fencer told Ahram Online Wednesday. “There are lots of procedures I need to finish, including hospital reservations and visa procedures, but I have received nothing.”

Abouelkassem isn’t the only fencer facing problems training.  Fencing.Net’s Kevin Mar profiled Egyptian sabre fencer Mnnad Ghazy, who moved to the United States to be able to train for the Olympics following the unrest in Egypt.

Fencing is not the only sport impacted.  Egyptian wrestler Karam Gaber has threatened to represent oil-rich Qatar at the 2016 London Games in Rio de Janeiro.