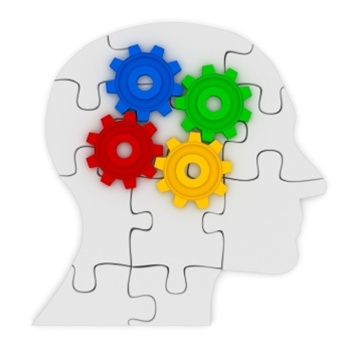 I’ve seen it so many times. A fencer may be struggling in a tough bout, but hanging in there. Then out of the blue, one thing goes wrong and they explode in a fit of anger, or mentally break down. As a result, they lose the bout, their temper and even some dignity from other fencers. Simply put, they were not prepared for the unexpected, and their reactions got the best of them.

Being prepared for anything that could happen in a course of a bout puts you ahead of your competition. Coping with adversity is a finely tuned skill that involves mental self-control. How heavily distractions affect your ability to keep your head in the bout can be the difference between winning and losing.

Crazy stuff can happen during a fencing bout and you can’t always be in control of it. A ref makes a bad call (at least you think so), your favorite weapon breaks, a cell phone rings during the bout, a flash of a camera momentarily blinds you, an object lands in the middle of the strip, your shoelace breaks, and so on. The only thing that will stop these sorts of things from happening is that we all stop fencing. Right now.

Of course that’s not going to happen. Despite all of the potential hassle, we fence on. So we all have to deal with these strange, ill-timed occurrences that want to make our tough bouts that much tougher. While we can’t control these unforeseen distractions, we have to learn how we react to them. After all, something like your shoe popping off in the middle of an attack is only a distraction if you choose to be continually distracted by it.

Learn to recognize, regroup and refocus to get your head back in the bout.

• Recognize that you are reacting to the distraction. Your shoe falling off has taken your mind off of the bout and to your now naked foot. You might think to yourself, “Shoot- the ref better call halt!” rather than, “Back away as fast as you can.”

• Regroup your thoughts by thinking about what you need to focus on. Stay away from negative instructions, such as “Don’t think about your shoe,” because you’re actually telling yourself to keep thinking about the shoe. Tell yourself short, directed cues, such as, “Keep your distance” or “Get ready to parry.”

• Refocus by asking yourself, “What should I focus on RIGHT NOW to perform my best?” The answer is usually within your own capabilities, not chucking your shoe across the room in a fit of anger.

It’s ok to lose focus momentarily. What’s not ok is staying distracted by things you can’t control. The call has been made, your weapon will get fixed later, the cell phone will eventually stop ringing, and so on. Ask the ref to stop the bout for a second while you refocus for a couple of seconds. Straighten your blade, pull up your socks, breathe, get back en guard and start again. Practice the three R’s and stay focused on your game, no matter what else may happen.