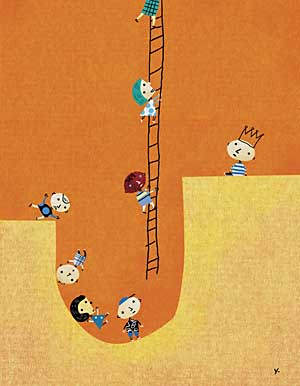 “We insist on giving our best effort in everything we undertake.  Furthermore, we see a huge difference between “good mistakes” (best effort, bad result) and “bad mistakes” (sloppiness or lack of effort.)”

That was one of the Core Values & Beliefs for an Internet startup (MindSpring).  The mindset there – work hard, solve problems, get stuff done – fit nicely with me.  It’s the type of mentality that coaches across sports gush over in interviews.  The words are usually along the lines of “coachable”, “hard worker”, “leaves it all on the floor/field.”

Through more than three decades of systematic research, she has been figuring out answers to why some people achieve their potential while equally talented others don’t—why some become Muhammad Ali and others Mike Tyson. The key, she found, isn’t ability; it’s whether you look at ability as something inherent that needs to be demonstrated or as something that can be developed.

Dweck’s book, Mindset: The New Psychology of Success—bears directly on that sort of problem facing the Blackburn Rovers.

Carol Dweck welcomed a pair of visitors from the Blackburn Rovers, a soccer team in the United Kingdom’s Premier League. The Rovers’ training academy is ranked in England’s top three, yet performance director Tony Faulkner had long suspected that many promising players weren’t reaching their potential. Ignoring the team’s century-old motto—arte et labore, or “skill and hard work”—the most talented individuals disdained serious training. On some level, Faulkner knew the source of the trouble: British soccer culture held that star players are born, not made. If you buy into that view, and are told you’ve got immense talent, what’s the point of practice? If anything, training hard would tell you and others that you’re merely good, not great. Faulkner had identified the problem; but to fix it, he needed Dweck’s help.

The full article, published by Stanford Magazine, goes into more detail on the research behind these findings and applications for child development for strong study and performance habits.

Here’s the Amazon plug for the book:

World-renowned Stanford University psychologist Carol Dweck, in decades of research on achievement and success, has discovered a truly groundbreaking idea–the power of our mindset.Dweck explains why it’s not just our abilities and talent that bring us success–but whether we approach them with a fixed or growth mindset. She makes clear why praising intelligence and ability doesn’t foster self-esteem and lead to accomplishment, but may actually jeopardize success.