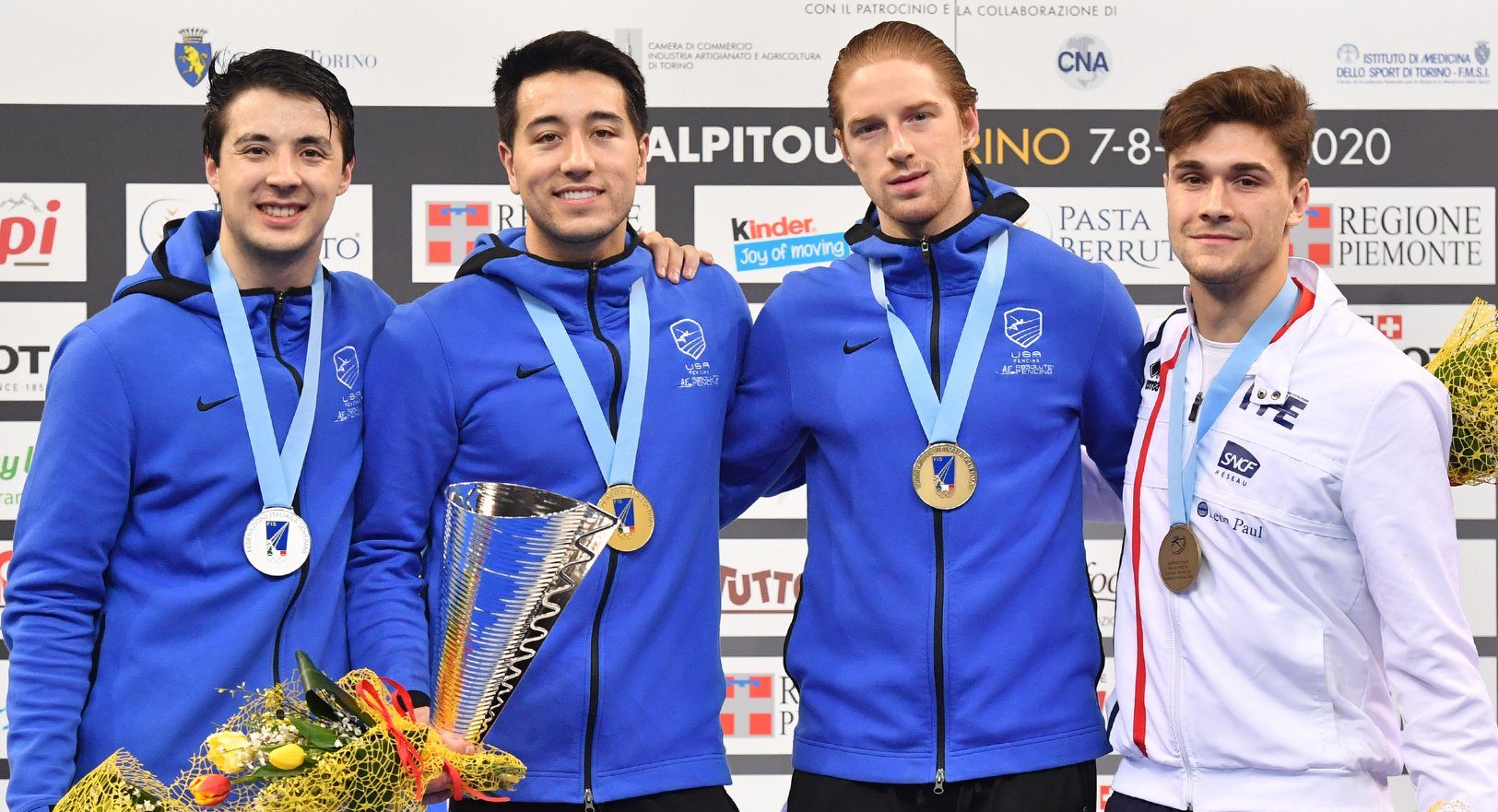 Gerek Meinhardt, Alexander Massialas and Race Imboden have created U.S. foil fencing history by winning all three medals at the Foil Fencing Grand Prix that took place in Turin, Italy from February 7-9. Lee Kiefer also took silver in the women’s competition to confirm her place in Tokyo and ensure a remarkable weekend for the U.S.A foil team.

Meinhardt’s win is only the second FIE victory of his career (the last came just over six years ago) and will be remembered for the fact that he achieved it as part of all- USA podium.

Coming up against teammates in both the final and semifinal, Meinhardt’s experience proved too good for them both, beating Imboden (15-11) in the semi and then training partner and friend Massialas in the decider (15-8).

After finishing with bronze at the same event last year, Meinhardt’s improved form puts him in good position to qualify individually for his fourth Olympics. His world ranking is now up to number 4, placing him behind only Foconi (ITA), Lefort (FRA) and Garozzo (ITA), the last two world and Olympic champion’s respectively.

In the women’s tableau, Lee Kiefer did her best to make it make it a husband and wife affair (she and Meinhardt were married last year) but couldn’t quite make it golden after she succumbed to France’s Ysaora Thibus — who is Race Imboden’s partner — by the narrowest of margins, 14-15, in their final.

Having come back from 8-2 in her semifinal against 2018 world champion Alice Volpi (ITA) to win 15-14, Kiefer couldn’t repeat the dose in the final, going down by the same margin to Thibus, for whom it was a first Grand Prix win.

The result qualified Kiefer for her third individual Olympics, after her third FIE medal of the season established a sizeable lead in the national rankings. Both the men and women have one more world cup remaining during the current qualification period before Tokyo.