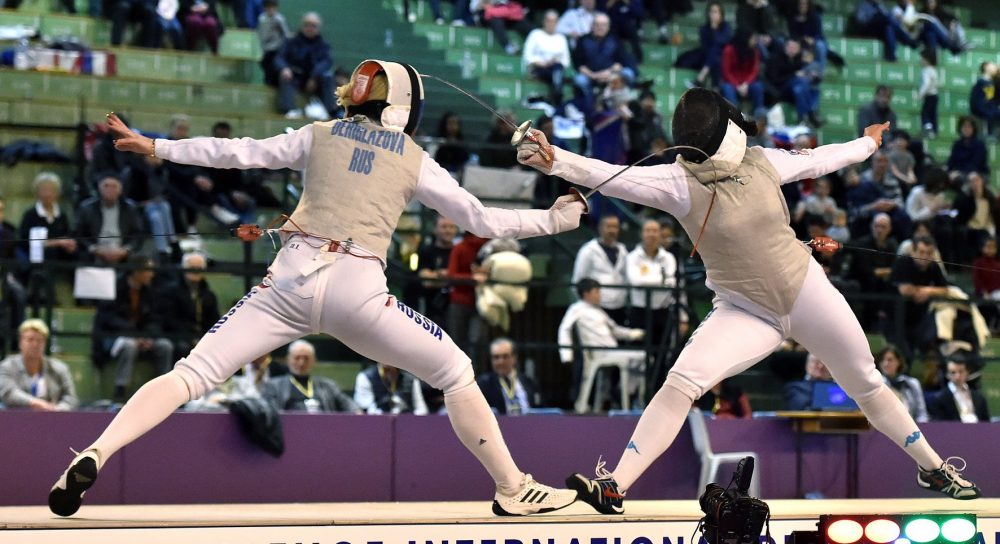 Russia’s dominant world number one women’s foil fencer Inna Deriglazova has won her tenth career World Cup gold medal at the St. Maur event in France just over a week ago. Incredibly, it’s her ninth gold medal out of a possible thirteen in all international competition, dating back to her win at the 2017 World Championships in Leipzig, Germany.

Aside from a poor result at last year’s World Championships in Wuxi, China, where she finished fifth, Deriglazova has dominated women’s international foil fencing for the last two years.

Her gold in St. Maur was her second win at the venue — she also won here in November, 2016 — and is her tenth World Cup victory overall. Her first was back in February, 2013 in Budapest, Hungary and since then she has claimed two world championships, (’15, ’17) another European championship last year — to add to the one she’d already won in 2012 — Olympic gold in Rio 2016 and thirteen more World Cup and Grand Prix gold medals to go with it all. In addition, she’s also collected 21 silvers and bronzes, not counting team performances.

In the final in France, she took on world number two Italian, Alice Volpi, whom she has now beaten eight of ten times in senior competition, and came out on top again, 15-12. In her semifinal she beat local hope Ysaora Thibus from France by the same score line, ensuring that the top two seeds met in the decider after Volpi had defeated her compatriot Francesca Palumbo, 15-11 in their semi – a best ever result at this level for Palumbo.

Only Jacqueline Dubrovich made it as far as the table of 16 for the USA, running into Volpi there and coming off second best in a 15-11 defeat.

In the teams competition, France was too good for Russia in the decider, 41-39, and Italy overcame USA in the third place playoff, 45-37. France had earlier narrowly defeated the USA in their semifinal, 45-44, and Russia won by 45-38 in their semifinal against the Italians.