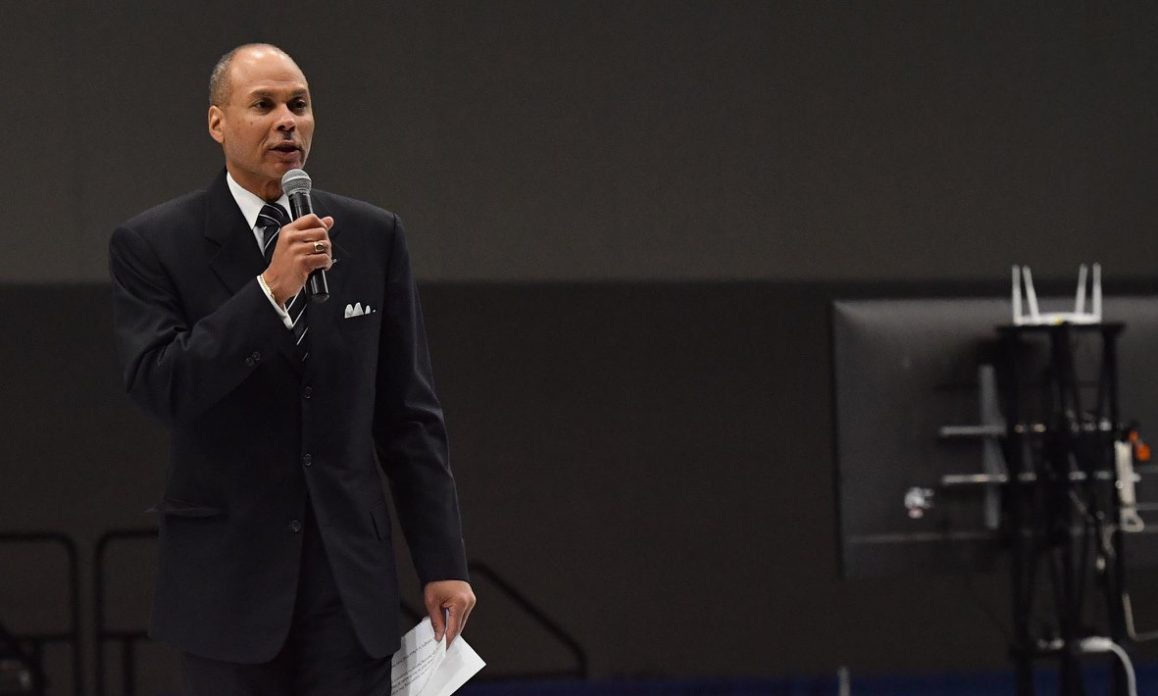 The current Chairman and President of USA Fencing, Donald K. Anthony Jr., has been named head coach of Ohio State fencing, the highest profile new hire for the beginning of the 2018/19 college fencing season.

“We are fortunate to have Don join our team of outstanding head coaches,” Ohio State Senior Vice President and Wolfe Foundation Endowed Athletics Director Gene Smith said when the announcement was made. “Don’s passion for fencing is contagious and we look forward to working with him to continue the work Vladimir did.”

“I am extremely excited and tremendously honored to have the opportunity to serve as the next head fencing coach of the Ohio State University,” Anthony said. “It is truly an honor and quite humbling to follow in the footsteps of Vladimir Nazlymov, a fencing legend.”

At the University of California San Diego, Juan Ignacio Calderon has been named head coach of the men’s and women’s fencing program, replacing Heidi Runyan, who retired after 14 years.

With 36 years of international experience across Spain, Germany and the United States, he understands all facets of fencing, from competing, refereeing and as tournament organizer. In 2016, Calderon founded the Global Fencing Network, a non-profit that fosters collaboration between fencing clubs. Currently it includes 200 clubs across 40 countries.

From 1982 until 1991 he coached in his home country of Spain at Club de Esgrima de Madrid and was ranked in his country’s top ten as a fencer himself prior to this.

At Boston College, Brendan Doris-Pierce has stepped up into the head coaching position vacated by the legendary Sydney Fadner after 27 years.

“Brendan has demonstrated a passion for and dedication to the development of our fencing student-athletes and the program as a whole,” said William V. Campbell Director of Athletics Martin Jarmond.“I am excited to continue working with him in his new role of head coach.”

Doris-Pierce has served as assistant coach at the Division I school since 2011, and as recruitment director since 2013. “I am honoured and humbled to be taking over the program that Syd Fadner built.”

Across the way in Waltham, Massachusetts, Jennie Salmon will succeed one of the longest serving head coaches in history, taking over from Bill Shipman, who gave 37 years to Brandeis University fencing and athletics department.

“I am extremely honoured to be chosen to continue the success of this legendary program,” said Salmon. “I look forward to hitting the ground running and feel truly blessed to be able to embrace this new challenge at such a prestigious University where the student-athlete experience is so highly valued and supported.”

She comes to the program with 22 years of successful cub and high school coaching and experience with USA Fencing. Her students have consistently been part of NCAA Championship teams and earned numerous All-America honors.

“I am pleased to have Jennie Salmon take my position at Brandeis fencing,” said Bill Shipman. “She has been a successful and respected high school coach at Ward-Melville and club coach at Mission. Her students have achieved at all levels. Her strong work ethic and good perspective on the team and students’ needs should keep Brandeis fencing strong and successful in many ways.”

Rounding out the coaching changes is Wagner College’s appointment of Carter Bartram as only the program’s second ever head women’s fencing coach. He brings a strong coaching and athletic pedigree to the school having fenced and then coached at Dartmouth Fencing Club.

There he guided the Big Green to the combined six-weapon overall competition at The United States Association of Collegiate Fencing Clubs (USACFC) National Championships.

A member of the Fencing Officials’ Commission for the Mid-Atlantic Region, Bartram takes over a Seahawk squad that is coming off a successful 2017-18 season.

“I’m incredibly excited to start coaching at Wagner,” said Bartram. “As an avid fencer, I’m thrilled to have the opportunity to keep the sport such a large part of my life, and I hope to see the team continue to grow and succeed.”

The 2019 NCAA Fencing Championships will be held at The Wolstein Center in Cleveland, Ohio between March 21-24, 2019.