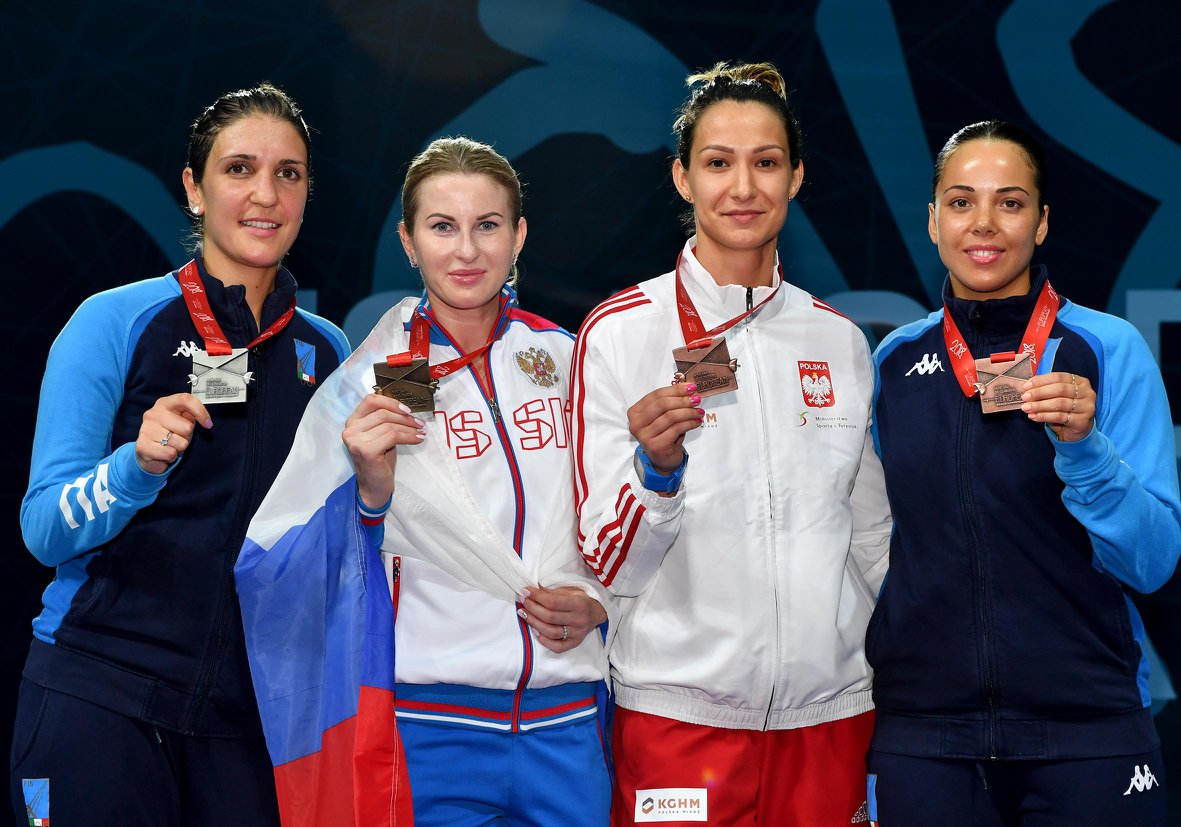 Defending World and Olympic Champion Inna Deriglazova and veteran teammates Sofia Velikaya and Aleksey Cheremisinov have proven they still have a lot of quality fencing in front of them by leading Russia’s charge to the top of the medal tally at the recently completed European Championships in Novi Sad, Serbia.

Deriglazova warmed up for next month’s World Championships in China by beating Italy’s Arianna Errigo 15-9 in the final of the women’s foil. Unusually for such a dominant performer, it was only her second individual European title, the first since her career breakthrough victory in Italy back in 2012.

Velikaya on the other hand claimed her fourth individual European gold, and tenth overall, by out-touching France’s Cecilia Berder, 15-10 in the women’s sabre. The win gives the two-time Olympic silver medalist great confidence going into China, as she attempts to win her third World crown. Making it a double gold-winning week for her, she also backed it up in the team event, defeating a Ukraine team containing world number one Olga Kharlan, who was uncharacteristically dumped out of the table of 16 by Romania’s Bianca Pascu (15-10) in the individual competition.

Cheremisinov achieved the same feat as Velikaya, defeating current Olympic Champion from Italy Daniele Garozzo, 15-14 in a tense foil final then backing it up in the team event by also defeating the Italians 45-38. The individual win was Cheremisinov’s second European title and bodes well for a tilt at a second World Championship in China. Like Deriglazova, he won his first in Italy back in 2012.

Aside from the strong all-round performance of the Russians, which saw them take six gold, two silver and three bronze overall, France’s Yannick Borel took his third straight European crown. Defeating veteran world number two and two-time world champion Nikolai Novosjolov from Estonia 15-14 in the men’s epee final, his resurgence in form has come at the right time for himself and France, with China just around the corner.

For the full list of results including the team events go to http://www.fie.org