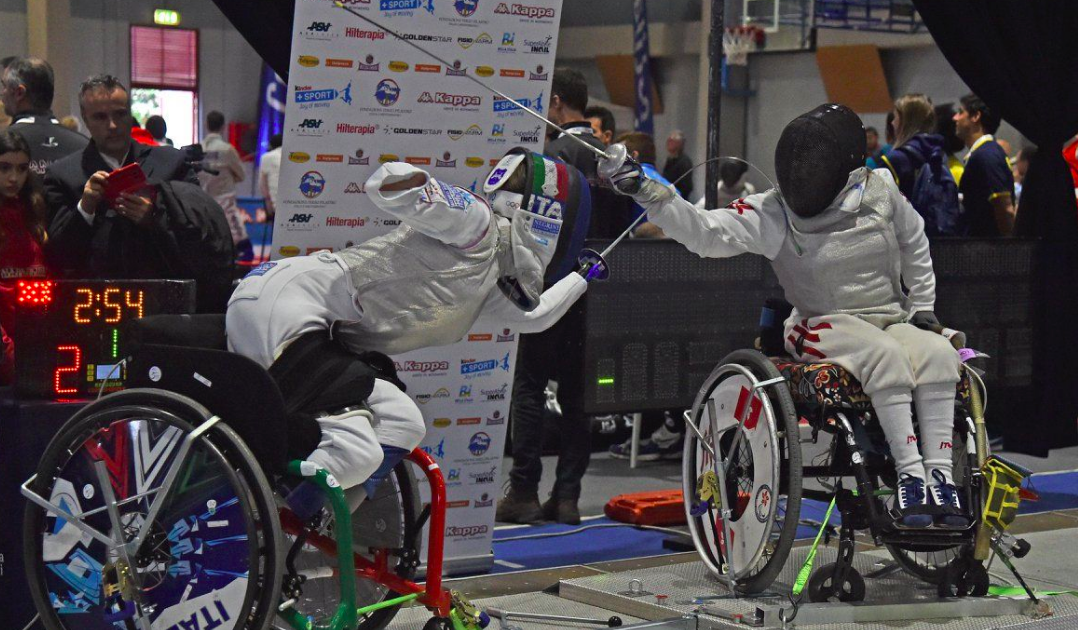 The third installment of the International Wheelchair & Amputee Sports Federation’s 2018 Wheelchair Fencing World Cup was contested in Montreal over the weekend.

Beginning Friday, April 27, the three-day competition was held at Montreal’s Claude-Robillard Sports Complex and attracted some of the world’s best male and female wheelchair fencers who competed in both the A and B categories across all three weapons. Medals were also medals up for grabs in the men’s team epee and women’s team sabre events.

Overall, it was the Hungarian and French fencers who outperformed the competition, winning four and three golds respectively, with the latter also claiming four silver and seven bronze to top the combined medal tally with fourteen.

France’s men dominated the foil events on day one, with Damien Tokatlian and Maxime Valet winning the A and B foil divisions respectively.

Day three saw the men’s and women’s sabre events take place, as well as the men’s team epee, which was won by the Polish trio of Norbert Calka, Grzegorz Lewonowski and Michal Nalewajek, who defeated France by 45-42 in a gripping finale. Thailand claimed the bronze.

In the men’s and women’s sabre competition, it was host Canada’s men who dominated, winning both the A and B divisions. Ryan Rousell defeated Japan’s Shintaro Kano 15-4 in the A final, while countryman Pierre Mainville was good enough to defeat France’s Maxime Valet 15-9 in the B final.

In the women’s division A final, Hungary’s Amarilla Veres dominated Georgia’s Nino Tibiashvill to win 15-4, while Irma Khetsuriani, also from Georgia, took the B final in a much closer contest, 15-13 over Thailand’s Saysunee Jana.

The next leg of the IWAS Wheelchair Fencing World Cup will take place in Warsaw, Poland, between July 5 and 9.