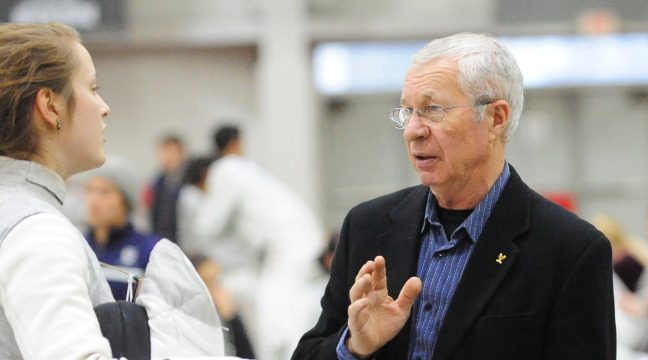 All good things must come to an end, and for four of the most experienced long-term coaches in college fencing these past few post-season weeks, it has proven true.

Joining Nazlymov in retirement are fellow Division 1 coach Sydney Fadner after an amazing 27 years at Boston College, the University of California San Diego’s Heidi Runyan after 14 great years there, and Bill Shipman, closing the curtain on an incredible 37 year career at Brandeis University, just outside of Boston.

None of the departures will be felt more keenly than at Ohio, where Nazlymov, who has been at the helm since 1999, delivered three NCAA Championships, including their first in 2004.

Under the Russian’s watchful stewardship, the Buckeyes were also runners-up in 2005, champions again in 2008, won their third in 2012, and have since been runners-up again to Columbia-Barnard and Notre Dame in 2016 and 2017 respectively.

In 1976 he also took silver in the individual competition, beaten by his teammate Viktor Krovopusko, as part of an incredible clean sweep for the Soviet Union. He also won an individual bronze in 1972.

His coaching career began with the Soviet’s military fencing team while he was still being named the International Fencing Federation’s Sabre Fencer of the Year (twice; in 1975 and 1977). He would end up leading them until 1990, producing Olympic, World and European champions with regularity.

Between 1986 and 1988 he was also the USSR National Team’s head sabre coach, during which time they almost had a stranglehold on the team event, winning world championship gold in 1986 and 1987, before being beaten by Hungary in the Olympic final at Seoul, in 1988. 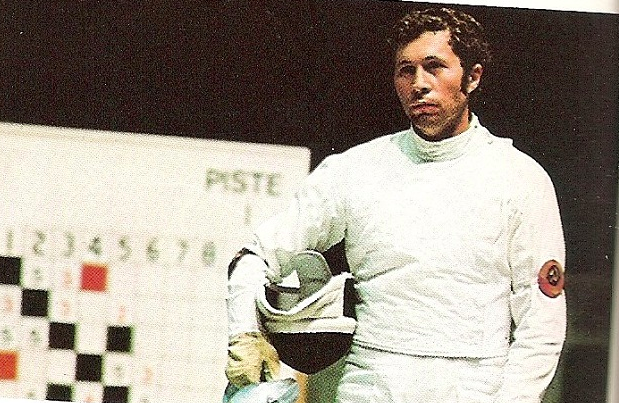 Arriving in America after the breakup of the Soviet Union in 1991, he surprised a few by beginning his college coaching career with Kansas City, where he quickly established an Olympic-caliber fencing club.

It wasn’t long thereafter that he began his role with the US National team, which he was made captain of for the World Championships in 1995 and 1997.

Overall he served as sabre coach for the US National team between 1994-99, guiding his teams to 9th place at the Atlanta Olympics in 1996, third at the 1997 Junior World Championships, and 12th at the 1999 World Championships. By the time he had achieved all of this, he had already taken up his post at Ohio, having been named the US Fencing Association’s 1999 Coach of the Year.

“Vladimir’s passion for fencing is contagious,” said Carey Fagan, Ohio State’s assistant athletics director, “he has touched the lives of so many student-athletes and staff members in our department. We wish him much happiness in retirement and look forward to the continued success of our fencing program.”

With such big shoes to fill, Nazlymov will be replaced in the interim by long-time assistant, Aleksandr Smerdin, and a national search is said to be already underway.

From the northeast of the country to the west coast, University of California San Diego’s Heidi Runyan is also calling it a day, having run the school’s fencing program since the beginning of the 2004-05 season.

“As I look back on my career, UC San Diego has progressed from a small team to one that is deep in numbers and experience,” Runyan said.

“The program has grown to be very competitive and more well-known around the country, which has allowed us to have a stronger field of fencers from which to recruit.”

Under Runyon, the Tritons have had 43 fencers qualify for the National Collegiate Championships, with eight earning All-American honours by placing in the top 12.

In 2008, UCSD achieved its best ever result at the nationals, finishing 13th. In addition, until 2017, UC San Diego had won 12 consecutive Intercollegiate Fencing Conference of Southern California titles, while the women’s team have won the last four Western Fencing Conference championships, including 2018.

“I am extremely grateful for everything Heidi has done for our fencing program over the last 14 years,” said UC San Diego’s Director of Athletics Earl Edwards.

“Our student-athletes have achieved many great accomplishments, both academically and athletically, during her tenure. I wish her all the best in her retirement.”

As great as the previous two coaches have been for their respective schools, neither of them has been in their jobs as long as Sydney Fadner, who will retire from her head coaching job at Division I Boston College at the end of this month, after 27 years.

“Syd has poured her heart and soul into our fencing program,” Boston College Director of Athletics Martin Jarmond, said.

“We can’t thank her enough for the tremendous impact she had on all of our student-athletes and we wish her well in her future endeavours.”

A University of Wisconsin graduate, Fadner came into the head coach role in 1991, and was named the Northeast Fencing Conference Women’s Coach of the Year three times, in 2012, 2015 and 2017. She was instrumental in the creation of the annual Beanpot Fencing Tournament, which completed its 11th year of competition in 2018, and has served for many years as a member of the NCAA Northeast Region Fencing Committee.

She has been one of only a handful of women in charge of men’s varsity programs, and she will be sorely missed.

Last but not least…

Dwarfing all of the previous retiree’s longevity however is Bill Shipman. After no less than 37 years as head coach of Brandeis University, he will retire effective June 30, having taken up the post in 1981.

During that time he has coached the Judges to five University Athletic Association titles, and 13 men’s, women’s and combined Northeast Fencing Conference titles.

Shipman also coached 15 All-Americans at Brandeis, including Tim Morehouse ’00, the school’s sole Olympian and a 2008 silver medallist in Beijing as part of the Team USA sabre squad.

“I’ve enjoyed my time at Brandeis,” Shipman said. “It’s been such a major part of my life. The students have been great and the administration has always been supportive of fencing.
“I want to thank the fencers, and I hope they enjoyed their time on our teams as much as I did.”
In 1994, Shipman was named the United States Fencing Coaches Association National Coach of the Year; he was also a four-time NFC Coach of the Year and six-time UAA Coach of the Year award winner. He was also instrumental in the school hosting the NCAA National Collegiate Fencing Championship four times, in 1994, 1999, 2004 and 2016.

“Bill has been in a unique position in our department over the years,” said Director of Athletics Lynne Dempsey.

“He has led his teams against opponents from scholarship programs and Ivy League schools each year. With the amount of success a smaller program like ours has had over the years, it’s a testament to Bill’s hard work and dedication.”

We wish all of the retiring coaches the best of luck for the future and thank them for their service to our great sport.