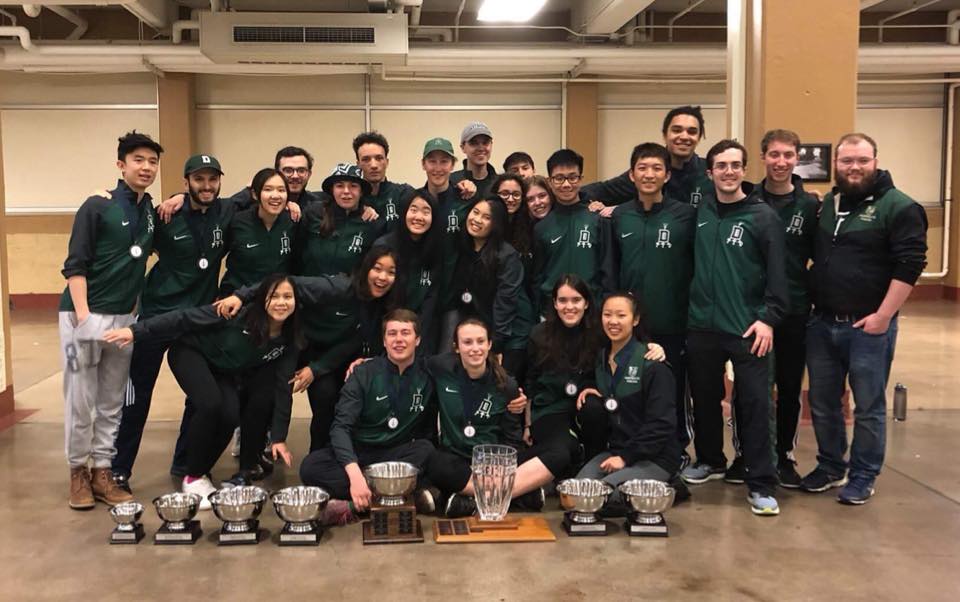 With over 500 collegiate athletes competing across individual and team weapon events, these annual championships earn their reputation as the largest collegiate fencing event in the world.

Held this year inside the Jacob Building at Chilhowee Park in Knoxville, Tennessee, for the programs competing, this was the culmination of their years work. With a stronger focus on the team and squad events compared to the recent NCAA conference and championship events, the collegiate club teams were seeded based on their results at regional events.

Each year the tournament takes place over two full competition days to determine the individual male and female champions in each weapon, the male and female squad champions in each weapon, and the overall combined school winner. The first USACFC National Championships were held in 2003 with 15 teams and since then it has grown to an event capped at 39 registered schools in any single event.

The results from last weekend are as follows, with points totals: