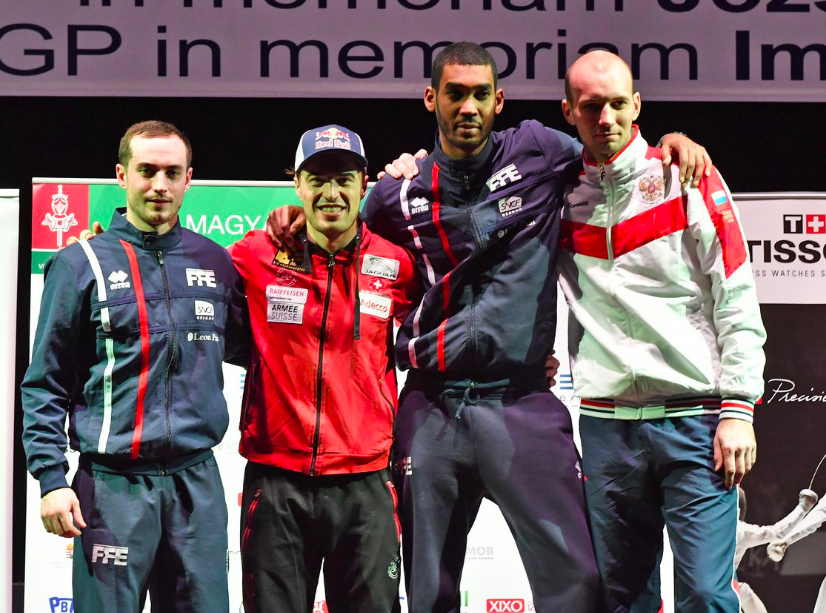 Switzerland’s Max Heinzer and Italy’s Mara Navarria have both beaten strong fields to take the men’s and women’s titles at the FIE Westend Epee Grand Prix in Budapest, Hungary.

Max Heinzer from Switzerland won his fourth career men’s Grand Prix title by overcoming France’s Axel Fava in final 15-13. Trailing 4-3 after the first period, it was Fava who was the more aggressive of the two early on. Tied at 6-6 after the second period the pair then traded doubles and were again tied at 11-11 with less than a minute left. Forced to go on the offensive, Fava’s final press was defended by Heinzer who then launched a counter fleche-attack of his own to take the title 15-13 in dramatic fashion.

In the process Heinzer defeated two-time World Champion Nikolai Novosjolov from Estonia in thequarter final (15-12) and experienced Russian Sergey Khodos in the semi-final (15-10).

93rd ranked Fava also had to work hard to reach the decider, taking out last years runner-up from Japan Kazuyasu Minobe, 15-8 in the table of 32, world number two Bogdan Nikishin from the Ukraine 15-10 in the quarter final and talented countryman Jonathon Bonnaire 15-14 in the semi.

In the women’s competition Navarria and China’s Sheng Lin fought out a tense, low-scoring final 5-4, securing the Italian’s second Grand Prix win after a silver at Doha earlier this season.

The FIE Grand Prix series moves to Seoul, Korea this weekend for the men’s and women’s Sabre Grand Prix.