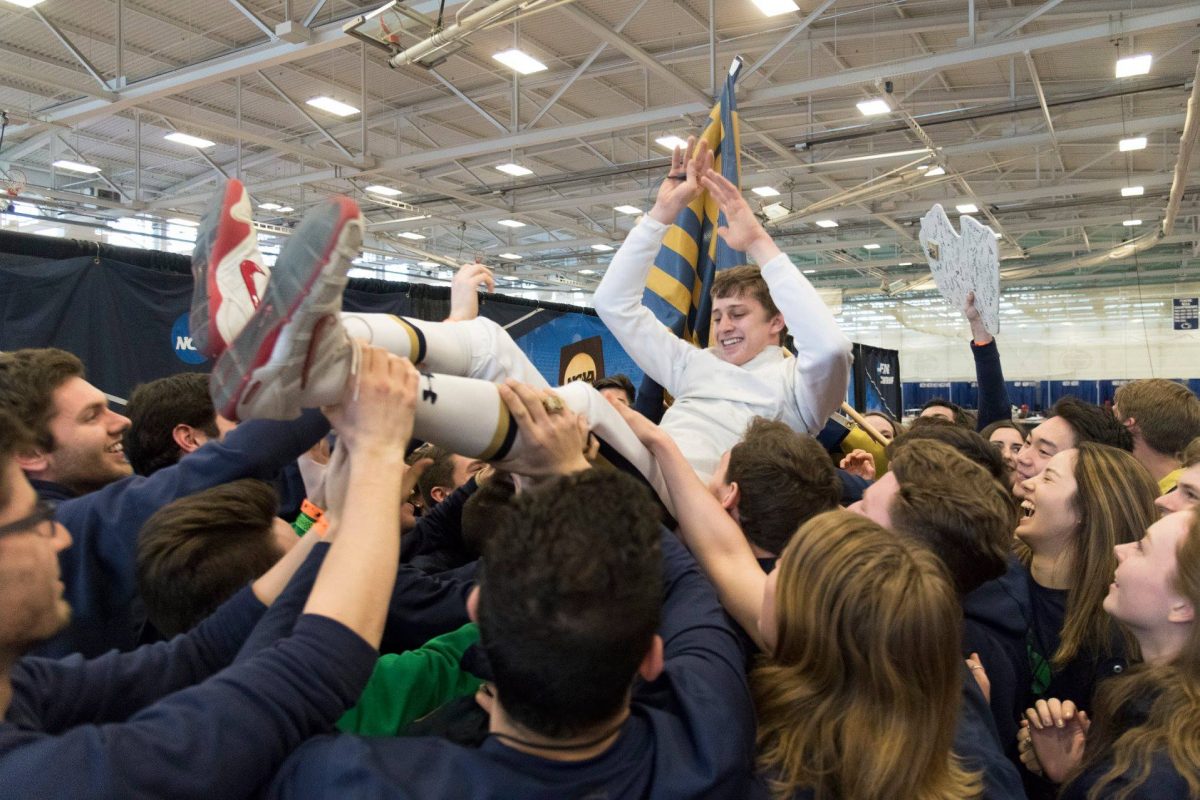 A consistent Notre Dame has repeated last year’s success after five top-three finishes at this years’ NCAA Championships in Pennsylvania.

Lead by men’s foil champion, debutant Nick Itkin, who beat teammate Axel Kiefer (15-4) on route to defeating Columbia’s Sam Moelis (15-8) in the final, the Irish finished in the top three of all but one of the six weapons on offer.

Clinching team victory in the fifth round of men’s épée after a 5-4 touch win by Ariel Simmons over Johns Hopkins’ Tiger Gao, Notre Dame finished on 185 points – one less than last year’s winning total – to take combined victory over Columbia (170), and Ohio State (147). The win is the school’s first back-to-back championship since 1977-78 and their tenth overall.

For Head Coach Gia Kvaratskhelia, it was his third with Notre Dame and second at the helm of a program that this year saw seven fencers selected in the All-American First Team. After their win he paid tribute to the dedication of his entire squad.

“I truly think the hard work, hard work and diligent preparation all year long paid off today,” he said. He then highlighted Itkin’s performance at his first nationals.

“He’s one the best I’ve ever seen as a freshman. He breezed through the field and delivered a masterpiece in the finals.”

“(As a team) we wanted to peak at the right moment and the right moment only occurs one time. To deliver this performance at the NCAA Championships really proved (that) we were the superior team today.”

In men’s saber, Rio Olympian Eli Dershwitz completed a rare perfect round-robin by winning all 23 of his bouts and achieving an Indicator score of +63. He then beat two-time NCAA champion Andrew Maciewicz from Penn State (15-9), before fending off Wayne State’s Ziad Elsissy 15-14 in an absorbing final. In doing so he became Harvard’s first-ever back-to- back foil champion.

Princeton, who slipped to seventh overall from last year’s fourth still produced two individual champion’s in women’s épée and women’s saber events. Catherine Nixon in the épée and Maia Chamberlain in the saber both defeated opposition with better records after the round-robin, after being seeded second and third respectively.