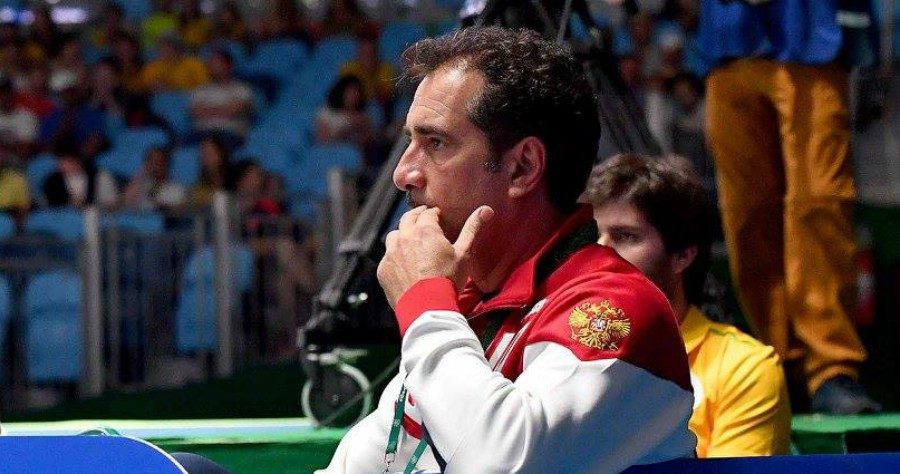 Big news on the world fencing scene today as Stefano Cerioni has stepped down as the head coach for Russia’s Foil Fencing program and his coaching staff has departed with him.

Cerioni led a successful program while in Russia with the following accomplishments:

Here’s the Google Translation of the article from Planet Fencing:

From today Stefano Cerioni is no longer the coach of the Russian Federation foil. The Jesi, former coach of the Italian foil even before embarking on the adventure in Moscow, today announced its decision:

“I leave today, the direction of the national women’s and men’s foil Russia – Cerioni writes in a note, taken by the Agency Ansa – When, four years ago, together with my staff composed by maestro Giovanni Bortolaso and conditioning coach Maurizio Zomparelli, I began the adventure in Moscow, I knew I was facing a major challenge. On top of the world there was my Italian, male and female domestic and with my guide (I write it with pride) had won the Olympics, World and European. With Russia had to beat their own, and the champions of all samples. Four years later, I can say that on top of the world there are also athletes and athletes of my Russia with whom I and my staff we managed to win it all, with the final pearl of two gold medals and one bronze the Olympic Games in Rio and with the female and male teams at the top of their respective international rankings. Working abroad had read the stories of the great football coaches who had preceded me, like Capello, Mancini and Ancelotti. Now that I have personally experienced, I say that the professional adventure in a foreign country is an extraordinary enrichment that must not fail in the career of a sports manager. It closes the chapter Moscow, as I now, with Bortolaso and Zomparelli (decisive for the success achieved with Russia) are ready to explore new opportunities to take on new challenges. “

Under the guidance of Stefano Cerioni and its completely Italian team – Master John Bortolaso and trainer Murizio Zomparelli – Russia has won so much in terms of wins , both male – with the World title Alexei Cheremisinov in Kazan and the ‘ Olympic gold team in Rio – and above all for women, with the nes Deriglazova first World champion then Olympic gold . But it is above all the Russian teams that have broken a long fast, arriving in recent years to beat regularly the blue up to take away their European title and world title last season. What will now be the next challenge of the technical Jesi?