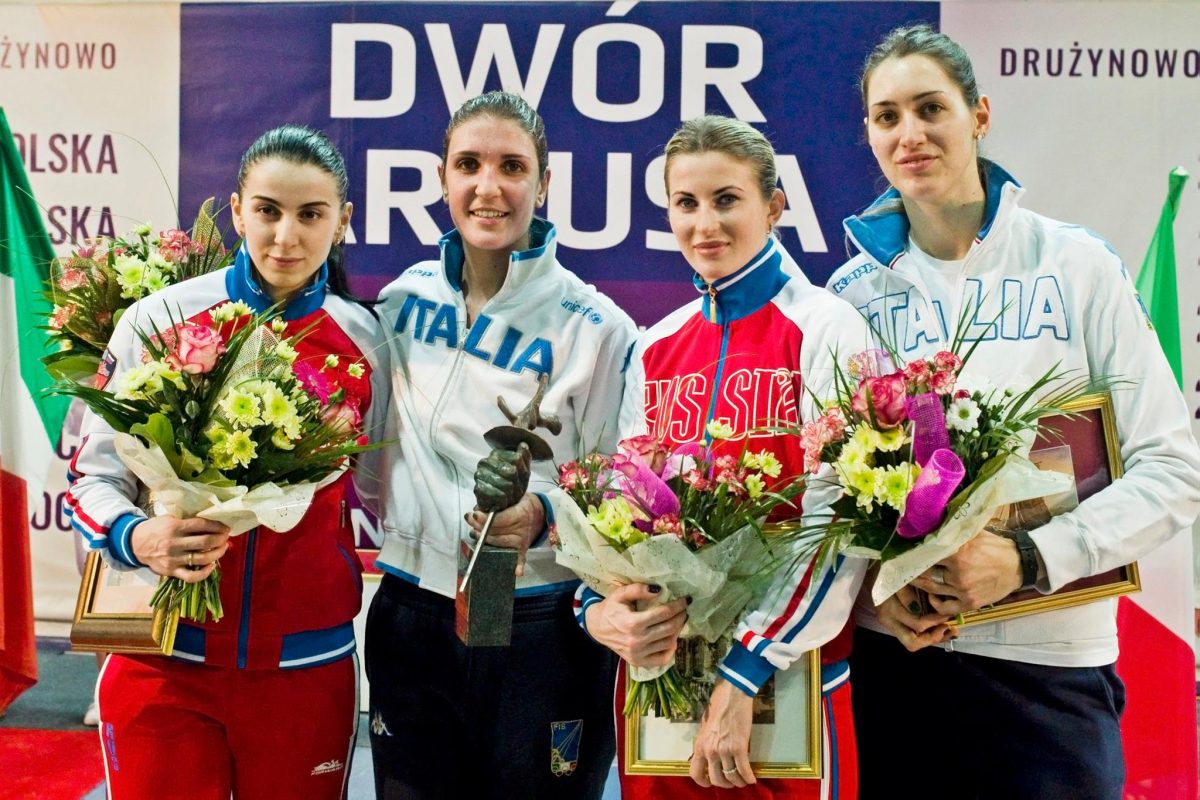 Aida SHANAEVA (RUS) started the weekend outside of the top 2 Russian places – winning the silver medal has propelled her into the qualification places ahead of compatriot Laris KOROBEYNIKOVA (RUS). The bronze medal won by Martina BATINI (ITA) will all be in vain, due to consistently good form from Elisa DI FRANCISCA (ITA) and gold medallist Arianna ERRIGO (ITA).

It was a good weekend for the Korean team; JEON Hee Sook (KOR) and NAM Hyunhee (KOR) are now firmly inside the top 14. This benefits other fencers in the Asian zone: Mona SHAITO (LIB) now takes an automatic qualification place.

But the real story of the weekend was a superb top 8 finish by Eleanor HARVEY (CAN), moving to the top of the Pan-American zonal places and only one point off the top 14. This means Isis GIMENEZ (VEN) is probably going to the zonal qualifier unless Eleanor or Saskia VAN ERVEN GARCIA (COL) can get into the top 14.

Edina KNAPEK (HUN) and Hanna LYCZBINSKA (POL) will both want Carolin GOLUBYSTSKYI (GER) to stay in the top 14.

One more World Cup in Algiers to go, then the final competition of the qualification season: the Grand Prix in Havana. It’s all to play for.