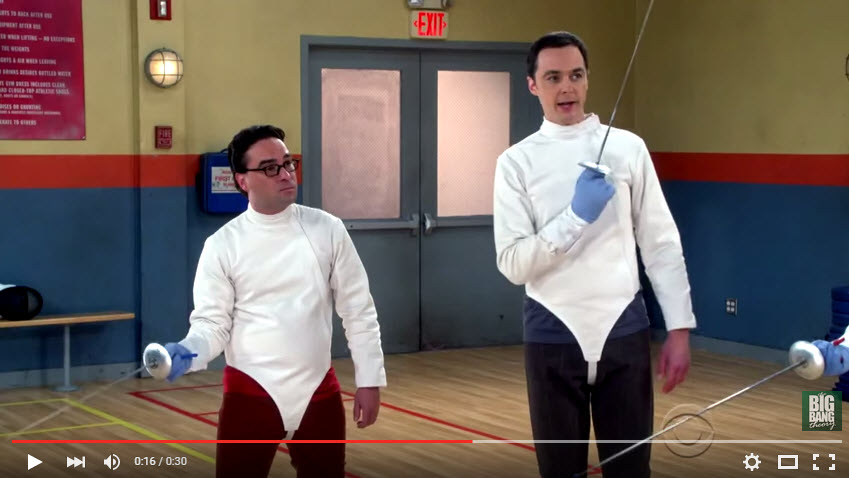 How bad of a fencer will Sheldon be?

On a new episode of The Big Bang Theory, the guys will learn fencing from Kripke in the episode titled The Perspiration Implementation.

Here’s the trailer – If anyone at fencing practice says to prepare to be touched, here’s why:

The guys take a fencing lesson from Barry Kripke and Sheldon finds himself in an awkward position when Kripke expresses interest in Amy. Also, when Stuart struggles to get female customers at the Comic Book Store, Penny, Amy and Bernadette come by to help him out, on The Big Bang Theory.

Top quote from YouTube so far: “I really want Sheldon to be like the ass he is and as cocky as he was during the episode he thought a few Mandarin lessons “allowed” him to fluently speak the language in this episode. So Kripke can just stab the crap out of him to teach him a lesson.”