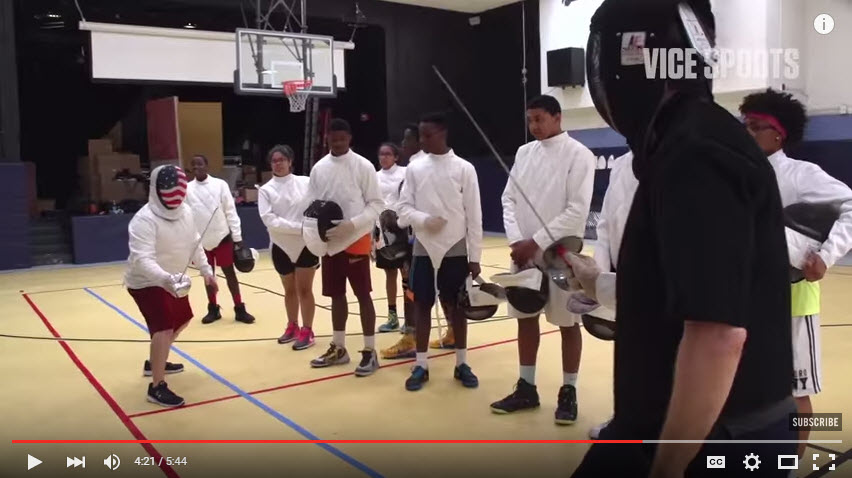 The score is 8-8, final point wins. What will Tim Morehouse do?

Fencing in the Schools and their program at Democracy Prep in Harlem just got featured on Vice Sports. Watch the video here:

You shouldn’t have to go to a private school to fence. – Tim Morehouse

Tim Morehouse has parleyed his silver medal from the Men’s Team Saber event at the Beijing 2008 Olympics to a leading role in the fencing community. His passion for fencing and for media enables him to bring fencing to schools across the US. In this exclusive video from VICE Sports, see Tim introduce kids from Democracy Prep in Harlem to fencing. Funding for the gear was made possible by Sports Matter (a foundation by Dick’s Sporting Goods.)