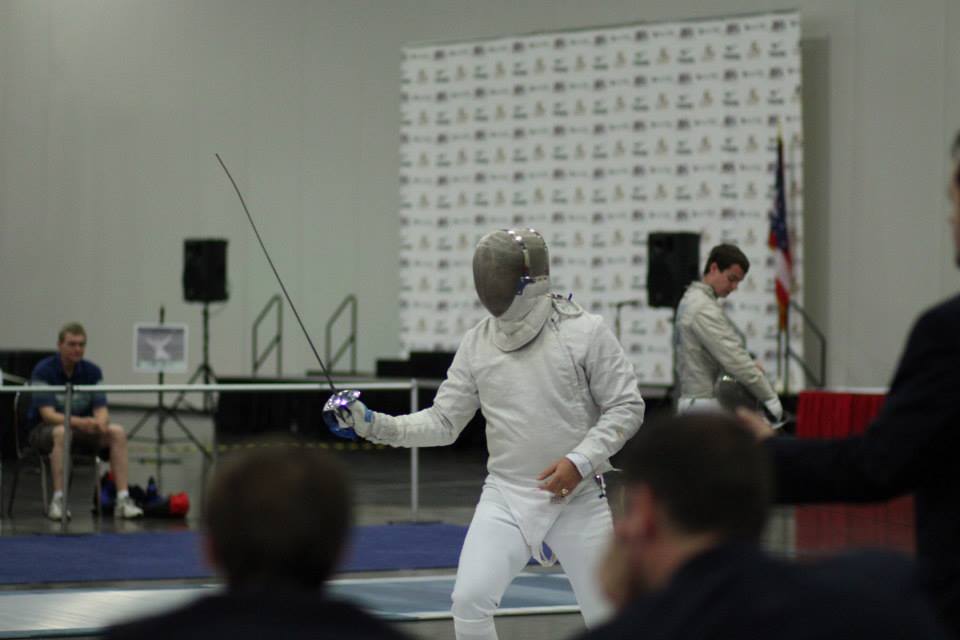 Unless you’re a member of the Mo, Sirico, Simmons, or Horowitz families, chances are, you’re scratching your heads wondering “what went wrong and what could have gone better at summer nationals?” I know I am. Whether it was my subpar conditioning that couldn’t get me through Division III Saber or the fact that Division I Epee had too many freakishly fast teenagers, I know that with the end of the 2013-2014 season, it’s time to get back to the drawing board.

For younger fencers who are just becoming acclimated to the lifelong cycle of  sorrow and glory that fencing brings you, it’s easy to look at Summer Nationals and be dismayed by your results, but  to quote Winston Churchill, “A pessimist sees the difficulty in every opportunity; an optimist sees the opportunity in every difficulty.”

Prior to the 2014 Summer Nationals, one of my students earned his B and qualified for his first Division I. Leading up to the tournament, we agreed on the expectation that this tournament was not an “in it to win it” competition, but a means of benchmarking himself against others and understanding the intense speed and tempo that these tournaments operate at. The student I speak of managed to squeak out of pools before drawing 2007 Cadet World Champion Graham “The King of the Babies” Wicas and losing. It could have been easy to look at his exit in the 256 and say “that’s not a good result,” but the student understood that getting out of pools and simply competing at this level was an accomplishment in itself.

When you compete at nationals (especially when it’s your first one, or your first foray into a new age category), the status of your fellow competitors can be eye-opening. Don’t fret, because remember, failure is the antecedent to future success if channeled and understood properly.  Now that each and every one of us, including this year’s national champions, is back to the drawing board, there are a few things that each and every one of us can focus on.

For those of you who didn’t gain the success you wanted in 2013-2014, here’s to the next season. For those who did, back to the drawing board you go. Best of luck as you continue your journeys in the sport of fencing.