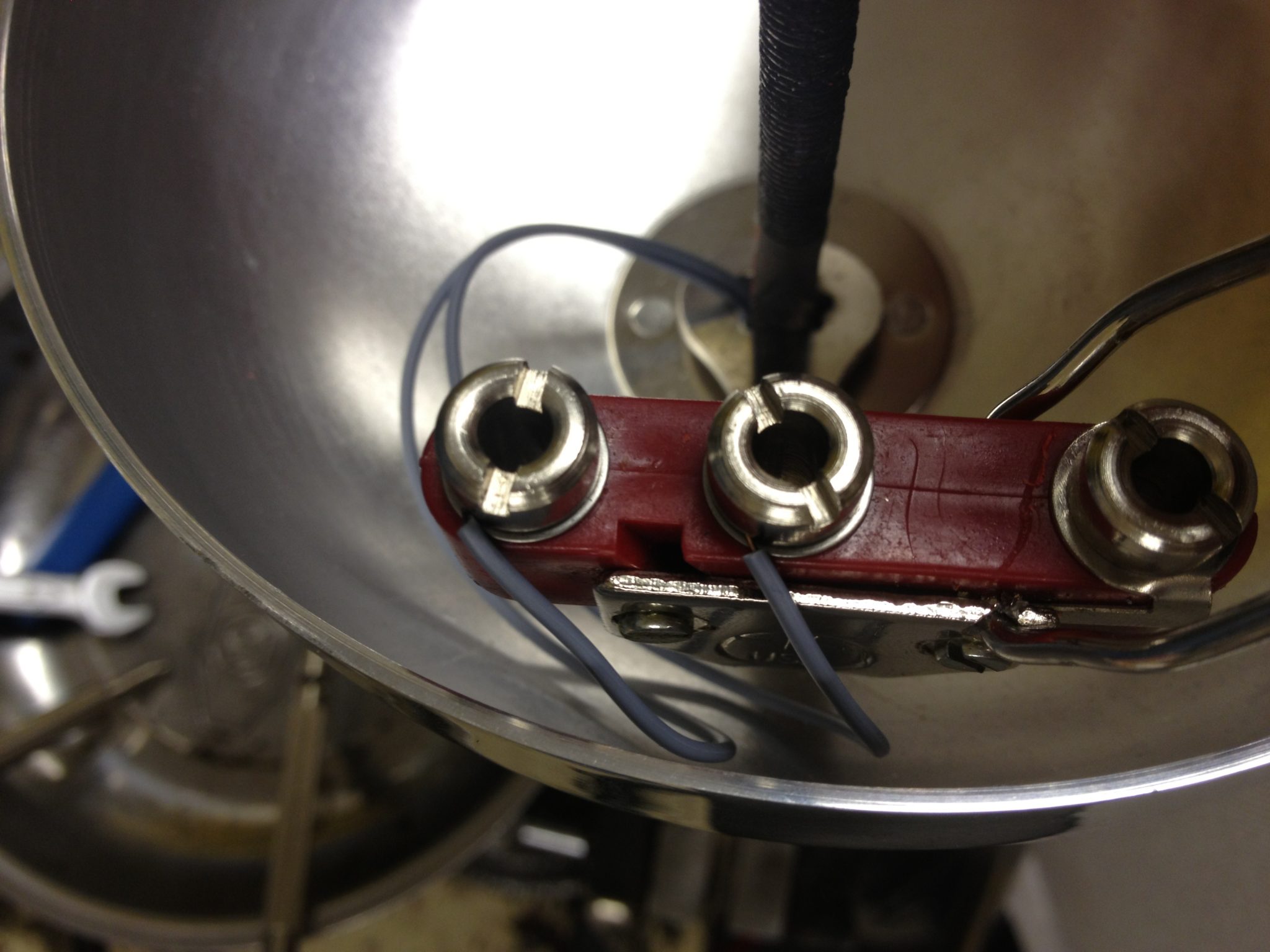 UPDATE – May 2016: The FOC has finally seen reason and reverted their position on the mousehole wiring and issued a statement to that effect:

Effective immediately, there is a change in the acceptable way one may wire an epee.  In a post to the FOC site in 2013 it was stated that the wires may not pass through the “tunnel” created by the socket and the metal plate because the referee cannot verify if there is a hidden switch.  This application of the rules is contrary to the application in the rest of the world.  Epee sockets are manufactured globally with the “tunnel” to protect the wires from accidental or “non-accidental” breaks.  Allowing epees to be wired with the wires through the “tunnel” is the way the rules are enforced at every international tournament including World Cups, World Championships and at the Olympic Games.

At this year’s Summer Nationals a new level of scrutiny will be placed on epees during inspection before bouts. According to sources within the referee community, a stricter standard of compliance is being leveled on epees related to the wiring between the blade and socket.

The interpretation is of rule:

m31. 7. The two wires coming from the tip must be protected by two insulating sheaths, one for each wire, from the point where they enter the guard right up to the two insulated connections on the plug socket. In no case may uninsulated wires extend beyond the plug connections (cf. m.5, m.9).

This new level of enforcement has been discussed in the forums but no official communication has come out from the Fencing Officials Commission as yet.

The main change in enforcement will be around the common practice of using the “mouse hole” at the side of the epee socket for routing the wires to the socket connections. (Most fencing equipment vendors have updated their builds for epees to comply with these guidelines.)

What exactly is a correct build under the current interpretation? Here are a few photos to guide you (clicking a photo will get a larger version for you to inspect).

So, now that you know what not to do, what does a proper connection to the socket look like?

Now you know. Since we’ve confirmed this ruling will be enforced at the 2013 Summer Nationals, we’ve updated our build process at the Fencing.Net Store to comply with the level of enforcement we’ve been told to expect.