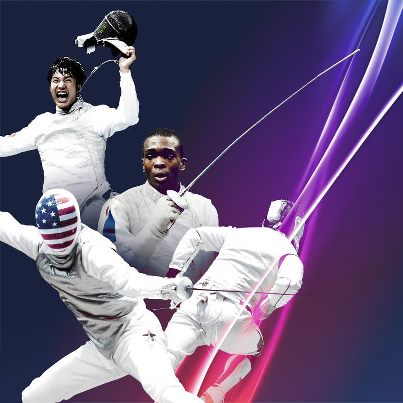 Paris marks the beginning of the 2013 Senior World Cup season. The United States Men’s Foil team is gearing up to make their mark in the shifting landscape of international foil.

US fencers look to continue their winning ways in Paris

A young and unified team, the US Men’s Foil squad looks to build on their success from 2012 and mature into contenders for the 2016 Gold.

As the 2013 Senior World Cup season opens, the United States Men’s Foil team is gearing up to make their mark in the shifting landscape of international foil.

At #4 in the world, the U.S. men enter 2013 with their highest-ever team ranking.  World #9 Race Imboden and world #10 Alexander Massialas will lead Team USA as they open the international season at the CIP in Paris, France on January 25th.  Imboden won a bronze medal at the Paris event last season, kicking off a strong international campaign that he capped with a ninth-place finish at the London Olympics.  Massialas finished 13th in London after an equally successful international season in 2012.

Both Imboden and Massialas will face the prospect of adjusting to new academic demands during the 2013 season, as both men have begun their first years of college studies.  Imboden attends St. John’s University in New York City, and Massialas is enrolled at Stanford University in Palo Alto, California.  Despite the change, U.S. Men’s Foil coach Greg Massialas remains confident in both fencers’ preparations for international competition, as each athlete is studying within relatively easy reach of his home fencing club.

“I think it’s an adjustment in terms of their lifestyles… but the reality is that both of them actually have similar fencing environments, and that’s going to be stable,” Massialas said.  Imboden has continued to train with his coach, Jed Dupree, at Empire United Fencing, while Alex Massialas has maintained his training with the Massialas Foundation in San Francisco.  “A lot of fencers, when they change both their fencing environment and the collegiate environment, then those are two different issues that together can be complicated,” Massialas said.  Regarding Team USA’s two top fencers, “half of their life is sort of the same, and that’s a good thing.”

Joining Imboden and Massialas are veteran Team USA fencers Gerek Meinhardt, a bronze medalist at the 2010 World Championships, London Olympian Miles Chamley-Watson,  and 2011 Junior World Champion David Willette.  Despite nearing the ends of their respective academic careers (Willette and Chamley-Watson at Penn State University, and Meinhardt at the University of Notre Dame), all three men intend to continue to compete through the Rio Olympics.

“This group is pretty well committed to going forward,” Massialas said of Meinhardt, Chamley-Watson, and Willette.  “The truth is that all of the fencers in this group are all members of World Championship teams [at the Junior level].  It’s that same core of guys that won many World Championships, and feel comfortable together, and now it’s about transitioning to the senior game.”

The U.S. men will face a much-changed international landscape over the course of the next Olympic quadrennial, with aging or retiring athletes and shuffled coaching staffs affecting many of the world’s most successful fencing nations.

In Italy, long-time foil director Stefano Cerioni has departed for Russia, along with several individual fencer coaches that have all left the Italian federation.  The new Italian foil coaching staff inherits the Olympic champion and world #1 foil team in Andrea Baldini, Andrea Cassara, Valerio Aspromonte and Giorgi Avola — but also a group of athletes with a sometimes contentious personal and competitive history, which has been called the “team of poisoned foils” in the Italian press.

“Cerioni’s departure will affect both the women’s and men’s team,” Massialas said.  “He was really the glue that kept the men’s team together after the Baldini and Cassara issue [referring to the 2008 doping scandal that caused Baldini to miss the Olympic Games in Beijing].  They never trained and practiced together, and Cerioni was the one who was able to get those guys to work very well together.  And Aspromonte was sort of like a son to him,” said Massialas.  “A lot of these guys have been around the block, they’re professionals, but at the same time they might be at the end of their legs.  It’s going to be a very interesting dynamic.  [Cerioni’s departure] certainly isn’t helping them.”

Other successful international competitors around the world are advancing in age, and in some cases retiring from international competition.  In Germany, 2008 Olympic champion Benjamin Kliebrink is no longer competing, and three-time world champion Peter Joppich will turn 30 this season.  2008 Olympic silver medalist Ota Yuki of Japan turns 27.  In France, 2004 Olympic champion Brice Guyart announced his retirement, and veteran Erwan Le Pechoux turns 30.  In China, 2012 Olympic champion Lei Sheng is retiring, along with 2011 world championship teammates Zhu Jun, Huang Liangcai, and Zhang Liangliang.  Only Ma Jianfei remains from that country’s 2012 Olympic campaign.
These changes, according to Massialas, provides a unified and consistent Team USA with an opportunity for success.

“We had the youngest group,” Massialas said.  In London, “the average age of our fencers was a little over 20 years old.  The average age of the fencers we fenced [France, Italy, Germany] was almost 28 years old.” With regard to the Rio Olympics in 2016, “most of their guys will be either gone on their last legs, while our guys will be in their primes as competitors.”

Team USA’s youth appeared to factor into their fourth-place finish in London, as they struggled with veteran squads from Italy and Germany that featured several former world and Olympic champions.  However, the experience should prove valuable for a U.S. team that has shown greater success and a renewed focus on team fencing.

“To get the team qualified in the #5 spot [for the London Games] was a big goal for us,” Massialas said.  “We really emphasized the team working together as a group.”  Massialas also credited several fencers’ early individual qualifications for the Olympic team, which allowed them to focus more on team success than the individual goal of making the squad.  “Race and Alex were able to concentrate and really work and focus for the team,” Massialas said.  Though the last two spots were a tight individual race, having the team determined by April was an advantage for the Americans’ preparation.  “Because the selection was in April, that allowed us to have two World Cup team events to be finally fencing as a team,” said Massialas.  He intends to try and implement a final team determination in April for the entire Rio quadrennial, as the Senior World Championships have moved to the summer months rather than fall as in years previous.

Asked whether the world would be more prepared for an emergent American squad in the coming quadrennial, Massialas maintained that such preparation had always been a factor in international competitions.  “They were all prepared for us this time around.  It’s not like anyone was taking us lightly,” Massialas said. ”The Italians knew we were a force to be reckoned with [in the Olympics], and they really jumped on us right away.  It’s not that we fenced badly; they were well-prepared, and they just fenced better than us.  Everybody watches out for everybody; there are no surprises.”
Despite a full senior international schedule, Team USA’s junior age members plan to once again defend their world championship title, gunning for a fourth consecutive Junior World Championship.

“We actually have a chance to one-up the women’s sabre team,” Massialas said, referring to the three consecutive world titles won by the team of Becca Ward, Sada Jacobsen, and Mariel Zagunis.  “That should be an interesting challenge, considering how successful they’ve been.”