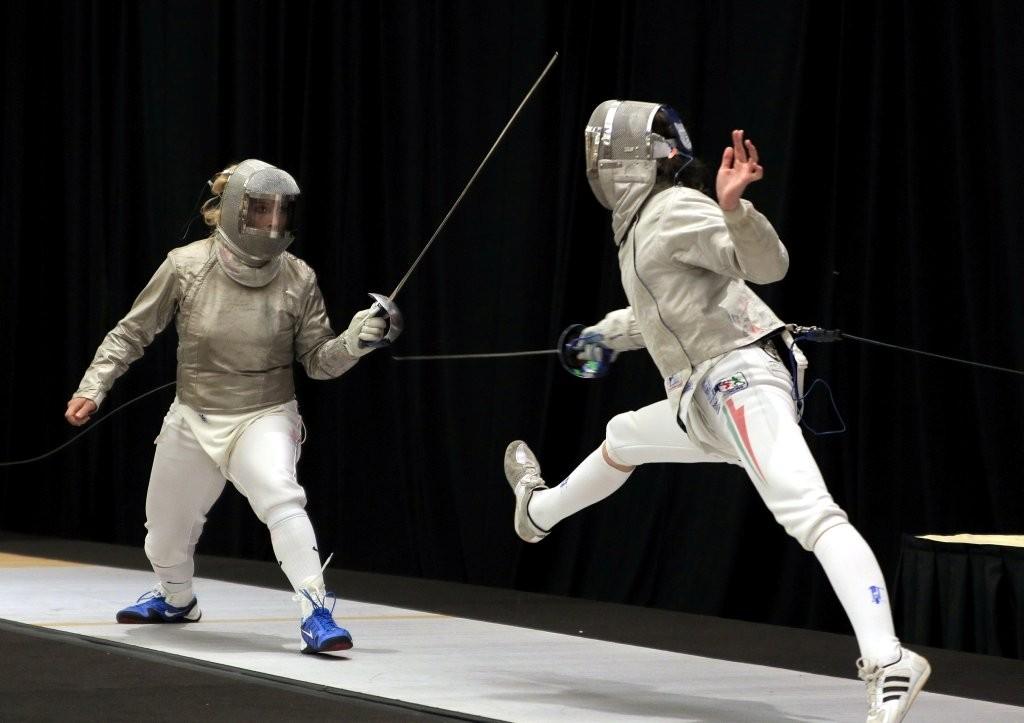 The rivalry between Ukraine’s Olga Kharlan and USA’s Mariel Zagunis is doing just fine.  The Ukrainian team anchor notched the victory at the Women’s Sabre World Cup event this weekend in London, England where she defeated Italy’s Gioia Marzocca in the finals.  Mariel Zagunis took 3rd after losing to Marzocca in the semi-finals.

This marks the first World Cup bout loss for Zagunis since taking 3rd at the Havana World Cup in June 2010.

Other US fencers advancing to the final day of competition in the event were Dagmara Wozniak (14th), Ibtihaj Muhammad (24th), Daria Schneider (59th), Celina Merza (61st) and Aziza Hassan (63rd).

In the team event, the Chinese fencers showed they were not to be ignored, using an 11-5 bout over Zagunis to climb back into the team match and then defeat the US team 45-39.  China went on to win the team tournament with a 45-36 defeat of Russia in the finals.

In the placement rounds, the US team lost to the Ukraine 45-34 and then bounced back to win 7th place by defeating Hungary 45-38.

In the upcoming London Olympic Games, the women’s sabre event will feature only the individual event.